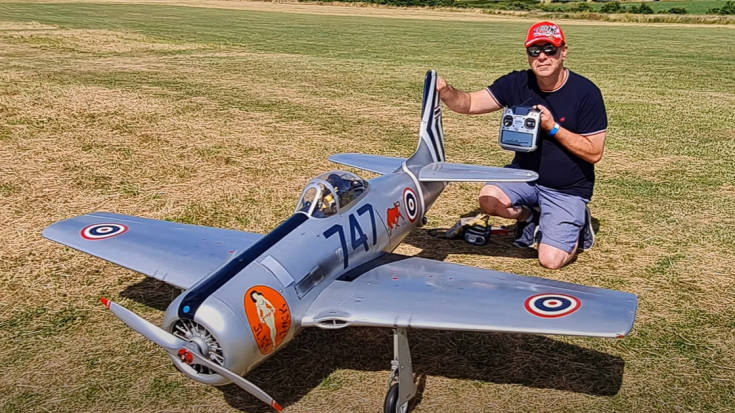 A Jack of all Trade’s Bearcat

This 1/6 scale model of a Grumman Bearcat couldn’t help but show off during the Buckminster Warbirds Event.

The owner of this beast is Nigel I’Anson, a prolific warbird builder in his own right. Nigel built, painted, and piloted his own F8F Bearcat, a feat you rarely see in the hobby.

His interest in making warbirds isn’t just self-serving either. Nigel is known for lending a hand in constructing and painting other hobbyists’ warbirds. In fact, Dean Coxon’s Corsair was built and painted by Nigel using enlarged Meister plans.

That said, there’s no doubt that I’Anson is one of the best people in the hobby. Just take a look at how his Bearcat turned out. His attention to detail and abundant knowledge of warbirds paved the way for his plane to be a show-stopper at this event.