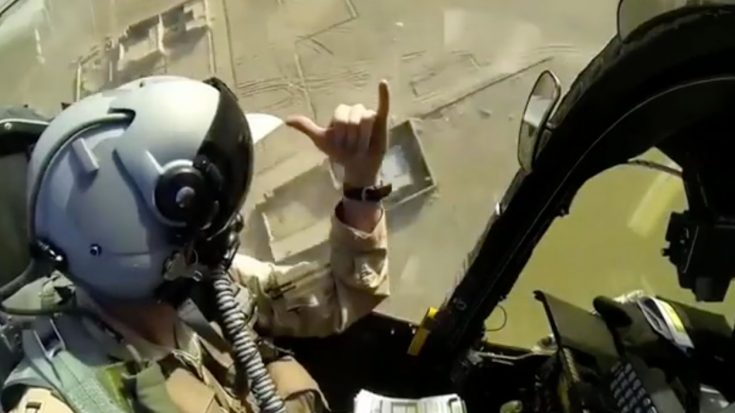 We all love the A-10. Being warbird fans in particular but able to appreciate all sorts of aircraft and having lots of friends with similar interests, we’re yet to hear anybody say a negative thing about the A-10 Thunderbolt II. The thing is simply unbeatable. In fact, there are more memes dedicated to this beast than we can count.

It’s built around the worlds biggest rotary gun. Its pilots sit in a titanium bathtub for protection. It can take a hella beating and still loiter around the troops it’s supposed to protect. All in all, it’s the best CAS platform ever created.

Take this video for example. We’re not sure if it’s a montage, but if it isn’t, it also proves the pilots are just as badass as the plane.

You’ll see the pilot coming in hot giving hell to whoever is in front of him. The video then cuts to the grunts on the ground saying, “A-10 saving the day again, baby.” To finish it off, the pilot throws up a shocka to tell the troops you’re good to go.

It takes a lot to fly and operate this bad boy. And even if you’re just watching videos or looking at it from afar, there’s no way it will not leave you in awe. There’s sheer power written all over it that pretty much says no one should mess with it unless they want to be on the business end of the A-10.

Isn’t it all just beautiful?