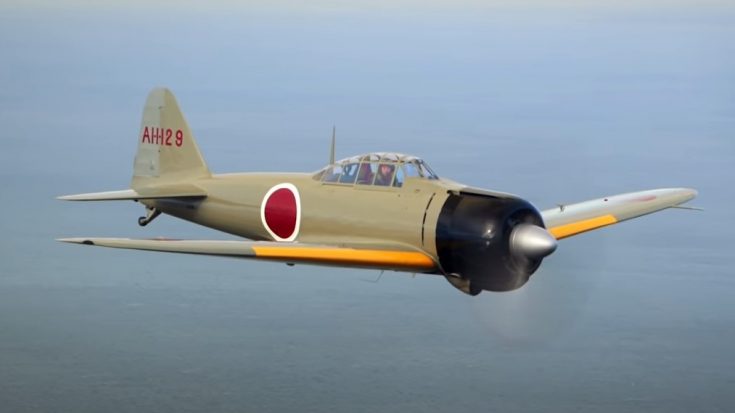 During the first half of the 1900s, Japan was dead-set on its expansion in the Pacific. Its large navy presence, die-hard army, and quick Mitsubishi Zeros ruled the Pacific until the Allies’ intervention. Like Japan, the rise of the Mitsubishi Zeros was quick and led to a steep fall into obscurity.

The Element Of Surprise

Japan’s attack on Pearl Harbor is an excellent example of how the Japanese used Zeros in combat. It was ahead of its time, and it caught America by surprise. The Allies were outmaneuvered by this aircraft at the start of the war.

The Zero had a 591-liter internal fuel tank. In addition, a 356-liter detachable tank was fitted on the plane. When empty, pilots would opt to drop the extra fuel tank to gain more speed. This feature made the Zeros capable of flying beyond their normal range.

There is no room for error for Zero pilots. It is known to have very thin plating to make it lighter in weight. This made the Zero faster and more maneuverable but susceptible to damage. However, the lack of armor plating made it easier for ground fire to take it down.

Its high preference for faster speeds lent itself to cutting off safety measures. An example of this is the absence of self-sealing tanks. Without it, Zeros would blow up with one well-placed bullet on its fuel tank. Usually, these were enough to take down a significant amount of Zeros during Japanese air raids.

Every piece of technology will run its course at some point. It is why constant updates to warbirds were seen during the war. Both sides consistently improved their designs, but one thing separated Japan and America. Japan’s insistence to exhaust the capabilities of the Zero’s design finally reached its end. Meanwhile, America improved their current planes and designed new ones that could overpower any improvements the Japanese made on the Zeros.

At the start of the war, Zeros had the advantage of quickness and firepower. America introduced newer fighter planes that could outpower the Zeros. The Zeros only had two machine guns and two cannons. In comparison, the Corsair had six machine guns and four cannons. Famous American fighters such as the “Mustangs” and P-38s also out-armed the Zeros.

Racing To The Finish Line

Dominating the air earlier in the war, the Zeros relied on its kite-like maneuverability. The Allies countered this by designing planes that had more speed and survivability. As a result, its air superiority was short-lived and, soon after, was outran and outmaneuvered. With no more advantages, Japan conceded its air superiority later on.

Zeros used a Nakajima Sakae-12 engine capable of outputting 950 hp at 14,000 ft. Compared to the likes of the “Mustang” engines, it was no match. The “Mustang” Merlin engines could produce 1,500 hp. The difference between the two is around 100 mph more in potential max speed. However, that is not to say that the engines were the only thing that helped with the difference in speed.

Throughout the war, various tactics were deployed to counter the Zeros. What finally worked for the Allies was the implementation of aerial combat tactics like the Thach Weave. Tactics like these helped American planes deter Zeros during WWII.

Japan had one of the most dedicated pilots backing the government which came in the form of the Kamikaze pilots. It was considered honorable for Japanese pilots to crash their planes into enemy infrastructure as a last-ditch attempt to die for their motherland. Many great Japanese pilots died due to this, and the Japanese were left with unproven pilots to fly their planes.