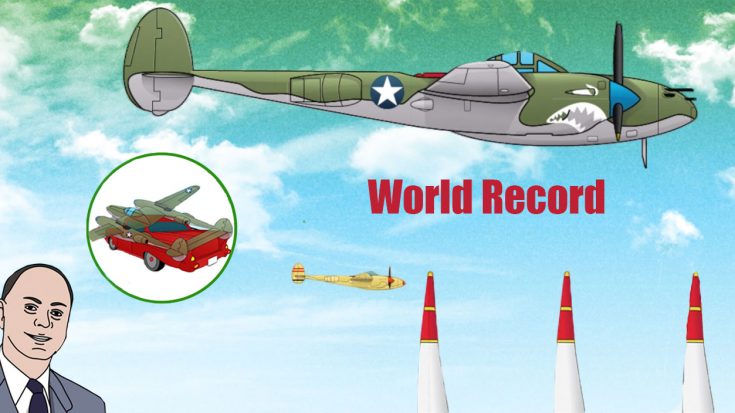 Lockheed’s P-38 Lightning is definitely a unique plane. Its twin booms make it easily identifiable, iconic and to add to that they were great fighter escorts.

Want proof? Well, the top three USAAF aces flew P-38s so there’s that. Also, it was the only plane to be produced in large quantities throughout World War II. If they sucked, that certainly wouldn’t be the case.

These are just some of the facts you’ll see in the video below, so buckle up and get your thinking cap on because you’ll want to remember these. If you have any to add, by the way, let us know in the comments section of Facebook.

As a side note, and this is something that’s not in the video, there is one cool fact we’d like to add ourselves.

Charles Lindbergh, an aviator among many other things, greatly improved the P-38 Lightning and taught USAAF pilots new techniques to help them fly it. While on an escort mission in 1944, he shot down a Japanese plane in the Pacific Theater and was the only civilian during the war to do so during the war.