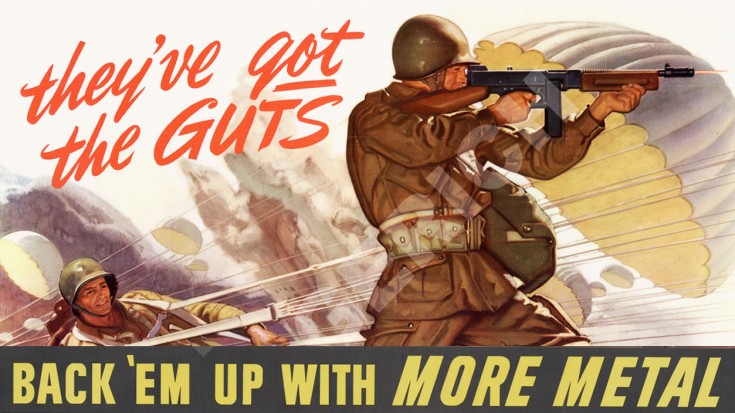 Most Of These Are Straight And To The Point

During World War II, all countries were running propaganda campaigns, whatever their end goal was. From Germany, United States to Japan, most of the posters and public service announcements were instructing the public to make sure all their actions are furthering their country’s war efforts and do anything possible to refrain from deterring it. Most of the United States’ World War II posters were created by the Advertising Council which was founded in 1941, although for the duration of the war was renamed the War Advertising Council.

For the most part, they had four main purposes as you’ll see in these posters. One was to keep everyone quiet about what they know about any military operations as spies might overhear.

The second goal was to conserve whatever resources the country could for the war effort including food, gas and even tires. With military infrastructure in full swing, any little thing would help.

The third goal was to sell war bonds and stamps in order to raise money to increase production of war machines. With the country lifting out of the 1930s depression, the government wanted to raise money and dump it back into the economy, creating more stability overall.

The last point was to keep people working and producing, making them feel like they’re doing their part. As you’ll see in the following set of pictures, these purposes were driven home in a very straight forward fashion.

1. Know Your Place, Shut Your Face

4. When You Ride ALONE, You Ride With Hitler

7. Keep This Horror From Your Home