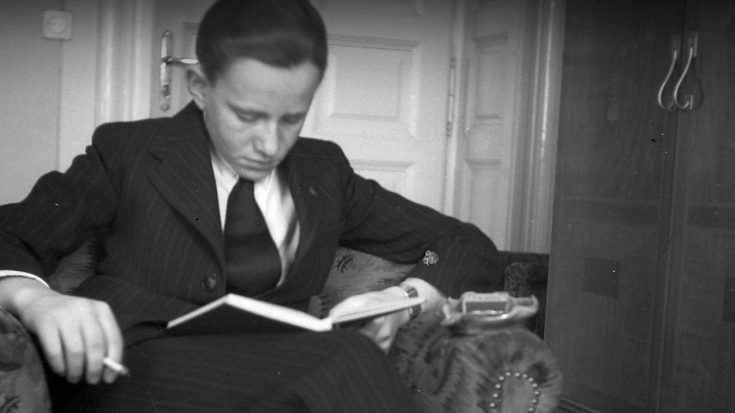 We recently made a little meme (seen below) which we shared on our page here and you folks delivered. We simply asked all of you what the best World War II aviation book is and within a few hours over a thousand of you submitted your answers.

We then took the time and filtered through all the answers to see which books you folks had in common. This way you can see all the ones you’ve read but more importantly, the ones you haven’t so you can pick them up.

Four days before Christmas in 1943, a badly damaged American bomber struggled to fly over wartime Germany. At its controls was a twenty-one-year-old pilot. Half his crew lay wounded or dead. It was their first mission. Suddenly a sleek, dark shape pulled up on the bomber’s tail-a German Messerschmitt fighter. Worse, the German pilot was an ace, a man able to destroy the American bomber with the squeeze of a trigger. What happened next would defy imagination and later be called the most incredible encounter between enemies in World War II.

A book about the Eighth Air Force and their horrid daytime bombing missions.

9. God Is My Copilot

God is My Copilot follows Col. Robert L. Scott’s early career in the Air Force and throughout WWII, focusing on his role as commander of the AVG, a collection of some of the best fighter pilots of WWII, many of whom came from the infamous Flying Tigers. Scott provides a perspective from the seldom talked about front of the China Burma India Theater.

8. Reach For The Sky

Biography of an English hero in World War II who lost both legs in an air crash, learned to walk again, and became a fighter pilot during the Battle of Britain. He was captured but managed to escape from the enemy.

7. The First And The Last

A fearless leader with 104 victories to his name, Galland was a legendary hero in Germany’s Luftwaffe. Now he offers an insider’s look at the division’s triumphs in Poland and France and the last desperate battle to save the Reich. “The clearest picture yet of how the Germans lost their war in the air.”–Time.

This gripping eyewitness account — hailed as “the most stirring story of individual heroism that [the war] has so far produced” (The New York Times) — is one of the most daring missions in military aviation history: the legendary Doolittle Raid.

Samurai!, first published in 1957, is the war-time account of Saburo Sakai, the leading Japanese fighter ace to survive the Second World War. Sakai, born in 1916, hoped to escape the poverty of life in his rural village by enlisting in the Imperial Japanese Navy at age 16. In 1937, he graduated at the top of his pilot-training class, and soon saw combat in China. Later, against the Allies, Sakai engaged in more than two hundred dogfights, from the Philippines to Iwo Jima, and by war’s end had reportedly downed a staggering total of 64 Allied aircraft. His most renowned accomplishment occurred after action over Guadalcanal in August 1942; partially paralyzed and nearly blind from multiple wounds, Sakai managed to fly his damaged plane 560 miles to Rabaul and safely land his Zero fighter. By the end of World War II he had logged 3,700 flight hours, including some 1,500 hours in the Zero. Samurai! provides a unique look into the Samurai character and the human emotions of soldiers in any war, regardless of race or nationality. In addition to Sakai’s personal story, the book remains an invaluable eyewitness account of some of the most famous battles in the Pacific. This new edition includes nine pages of photographs.

4. Wings On My Sleeve

Eric Brown went to Germany in 1939 on an exchange course, and his first experience of the war came when the Gestapo arrested him, not knowing he was an RAF pilot. The rest is history. He is the only man alive to have flown every major and most minor combat aircraft of the Second World War (as well as all the early jets), and has been interviewed by the top Nazis. While testing the Nazi jets in war-stricken Germany, he interviewed (among others) Hermann Goering and Hanna Reitsch. A living legend among aviation enthusiasts, his amazing life story deserves to be told in full—from crashing in front of Winston Churchill to unmasking a Neo-Nazi ring in the 1950s to his terrifying flights in primitive jets and rockets. 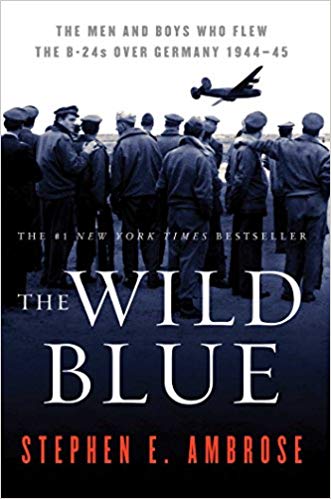 Stephen E. Ambrose, acclaimed author of Band of Brothers and Undaunted Courage, carries us along in the crowded and dangerous B-24s as their crews fought to destroy the German war machine during World War II.

Thunderbolt!, first published in 1958, is the memoir of Robert S. Johnson, one of the leading fighter pilot aces of the U.S. Army Air Force in World War II. Flying the Republic P-47 Thunderbolt, Johnson is credited with 28 enemy kills, and was the first pilot in the European theater to surpass Eddie Rickenbacker’s World War I tally of 26 enemy planes destroyed.

There are of course other great books out there. Some of the runner-ups included Battle of Britain, Log of the Liberators and Fall of Fortresses. Our personal favorites were actually the folks who still have their father’s or grandfather’s logbooks, of which there were many.

That really hit close to home. Thank you for sharing.