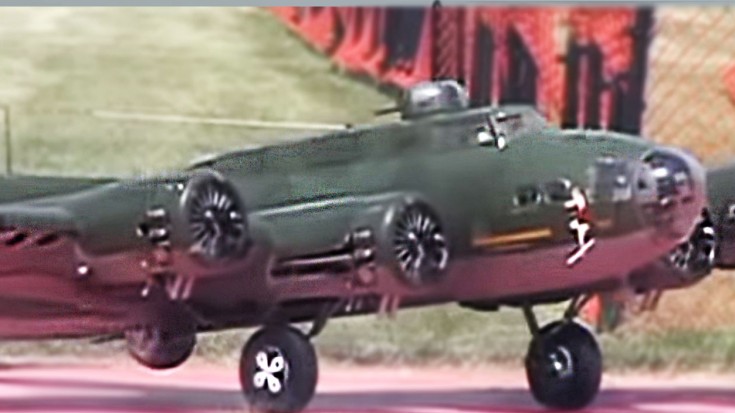 Salute For Making A Comeback!

Two 12ft B-17 RC planes take off and fly. It was a sight to behold! But then during landing, one landed successfully and safely while the other one seemingly met an untimely end. Yes, we had our hearts broken (it was torn into pieces during the sound of impact at 2:57) while watching the people pick up all the fragments probably in despair and disbelief. But its career didn’t end there. Nope, not even a crash can stop this B-17 from dominating the skies once more. A year later, it looked good as new. It definitely made the Memphis Belle proud!

Gotta love how it was built though. Even during the crash (quite possibly due to landing gear problems), you can see the fine workmanship involved. There are less dents for one. But at the end of the day, we’re all just glad to see her flying again!