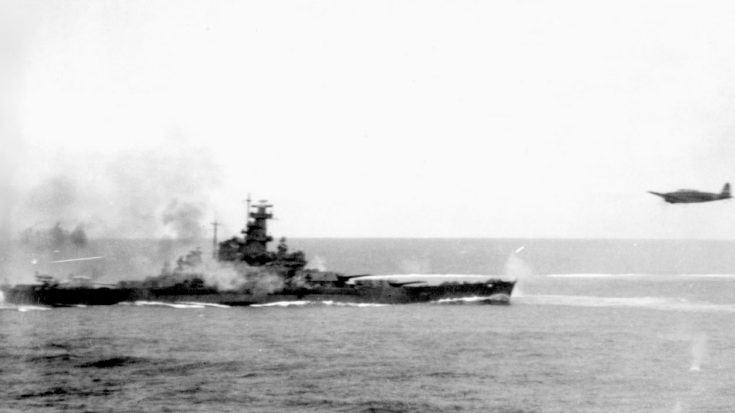 Age Is Just A Number.

At the tender age of 12, Calvin Graham was surely the youngest recruit to serve in World War II. Graham left home at age 11 due to an abusive father and would support himself by selling newspapers. The events of Pearl Harbor would inspire him to join the US Navy, although his young age was a problem. The determined 12-year-old lied about his age and forged his mother’s signature in order to enlist in the Navy. A six-week boot camp in San Diego would prepare Graham for Naval service before sending him to Pearl Harbor. From there he worked as a loader for an anti-aircraft gun while onboard the USS South Dakota.

In November 1942 the USS South Dakota soon found itself in the Battle of Guadalcanal against the Japanese Navy. Young Calvin Graham got his first taste of combat as his ship came under attack by Japanese ships and fighters. His ship would take over 40 hits, including a 500-pound bomb that knocked Graham down for a 3-story fall. Injured from shrapnel, burns and losing some teeth he pressed on to aid the surviving members of the crew.

“I took belts off the dead and made tourniquets for the living and gave them cigarettes and encouraged them all night. I didn’t do any complaining because half the ship was dead. ”

Disappearing into thick smoke the USS South Dakota was able to escape the carnage earning the name Battleship X. For his heroism, Calvin Graham earned a Purple Heart and a Bronze star but would soon find himself in trouble. His own mother saw footage of him in a newsreel and reported this to the US Navy. The Navy stripped Graham of his medals and he would spend the next three months in a brig. Despite his injuries, he was unable to obtain benefits and dishonorably discharged from the Navy. His situation deteriorated over the years as he married at 14, fathered a child at 15 and divorced at 17. Without options, Graham joined the Marines but in a cruel twist of fate broke his back before deployment in 1951.

Calvin Graham would spend the rest of his life fighting for his honor and medical benefits. However, in 1978 he had a breakthrough after writing to President Jimmy Carter who would grant him an honorable discharge. In 1988 President Ronald Reagan would grant his disability benefits.

“But then they came along with this discharge program for deserters. I know they had their reasons for doing what they did, but I figure I damn sure deserved more than they did.”

Calvin Graham became a hero after a single battle, yet he spent 60 years fighting to be recognized as one. He passed away in 1992 and two years later the Military would return his Purple Heart to his family.