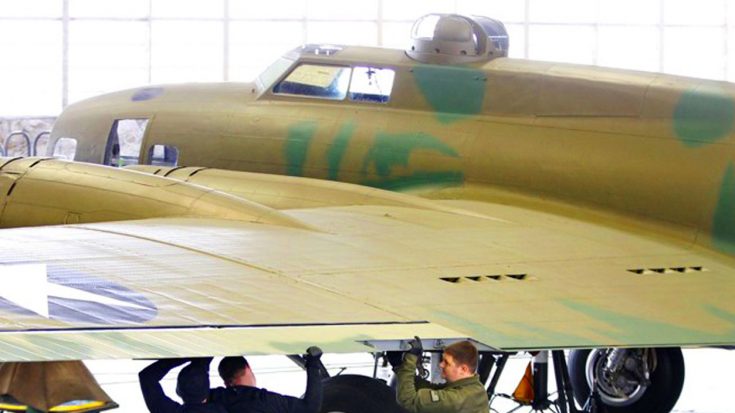 Since 2005 the legendary B-17F the Memphis Belle has sat National Air Force Museum in Dayton, Ohio. But rather than sitting there collecting dust a dedicated crew has painstakingly put in efforts to restore the legendary bomber to its former condition. So after 13 years of collective effort, the restoration teams have announced that they put the finishing touches on the Memphis Belle.

The Memphis Belle had definitely seen better days when it first arrived at the National Air Force Museum. Back then it was pretty much just a few hunks of rusted metal, almost unrecognizable from the proud B-17F it used to be. However, the crews have installed parts that bring it back to life and even used the same kind of paint was coated with. These teams are incredibly dedicated to the small details of the Memphis Belle.

“[We’ve been] going through the blueprints, figuring out what goes into that, how they did it and then trying to recreate the real thing.”

This bomber has earned its place in the history books by being the first B-17 to survive 25 missions during a time when bomber crews didn’t last long. Beginning this May the public will be able to visit the Memphis Belle to commemorate 75 years of the bomber completing those 25 combat missions.

“The Memphis Belle is really the symbol of these heavy bomber crewmen who helped win the war against Nazi Germany.”

Check out this film as the restoration crew puts on the finishing touches as the Memphis Belle prepares for her public debut.