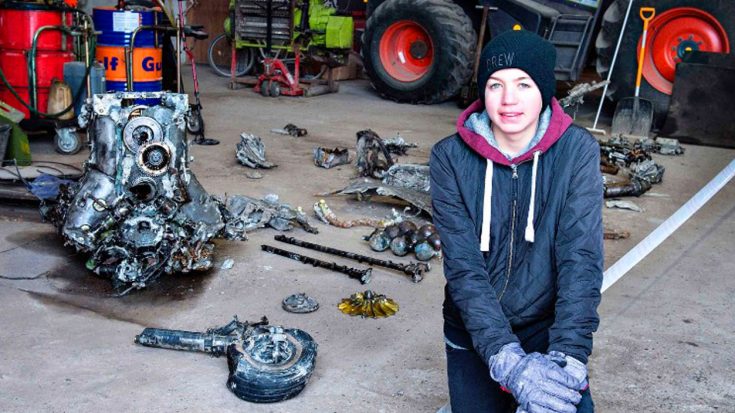 Find Of The Century.

Daniel Kristiansen is a 14-year-old Danish boy who went off to complete a class project and came back with the discovery of a lifetime. Equipped with a metal detector Daniel and his father Klaus set off into a nearby field to do research for a school project based on WWII. His metal detector started beeping, so they did some digging and the next thing they knew they discovered a WWII plane.

Klaus’s grandfather joked around about a plane crashing near their farm in December of 1944 but he didn’t think it was true. They expected to find some war trinkets but to find a Messerschmitt Bf 109 with the remains of the pilot still inside. Staff from the Historical Museum of Northern Jutland are working to confirm the pilot’s identity from the remaining artifacts.

“We found the pilot’s papers, and I think we have a name. It’s quite a special find. Maybe he can have a proper funeral.”

It’s safe to say that Daniel Kristiansen is going to deliver a very stellar report on his WWII project after this find.