16 Spitfires Flying Together To The Sound of Victory 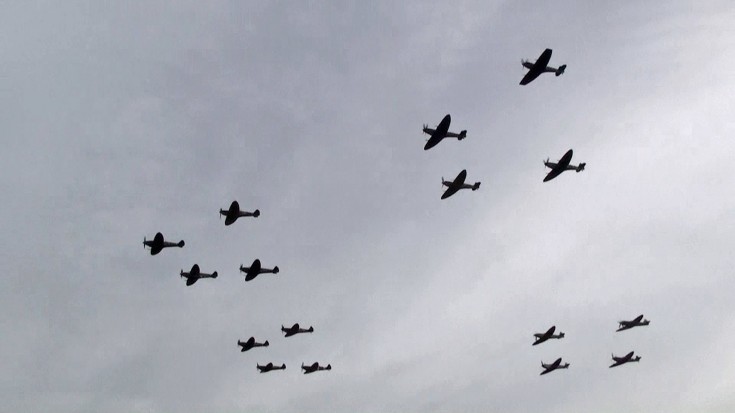 Supermarine Spitfire Paved The Way For A New Breed Of Aircraft

The Supermarine Spitfire had a straightforward design. Its elliptical wing was thinner than the standard measurements during its construction. It had a light alloy monocoque fuselage and is undeniably one of the finest warbirds ever made throughout the course of World War 2. It had several variations using different wing configurations.

The initial design was for this warbird to play the role of a short-range, high-performance interceptor aircraft. As compared to the Hawker Hurricane, the Spitfire had a lower attrition rate during the Battle of Britain. It had superior performance which made its victory-to-loss ratio higher than the Hurricanes. The aerodynamic engineering involved in the building of this plane was widely considered as a masterpiece. It could be used in ground attacks and also in high altitudes.