17 Roaring Spitfires Take To The Sky 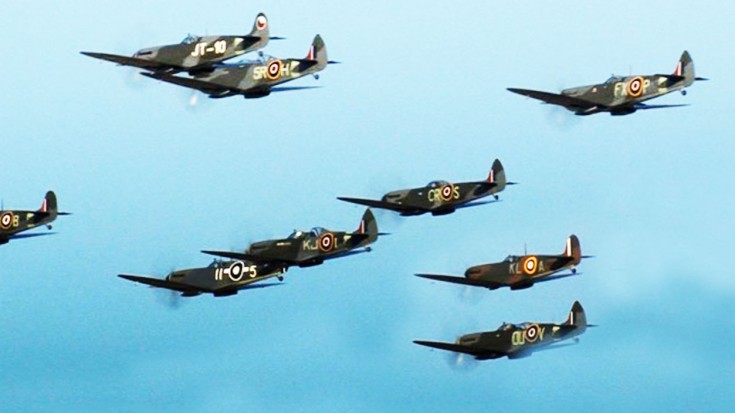 On September 19th and 20th, The IWM Duxford put together one of the best air shows of the year. Commemorating the turning point of the Battle of Britain, they got together over 20 RAF fighters for this show as well as bombers and some Bf 109s as well. This particular montage showcases the highlights of the Spitfire formations, of which there were 17. If you love Merlin powered aircraft, this video will give you the chills. The sounds of these warbirds are simply spectacular.

This reenactment was honoring The Few; the pilots that remained resilient to the very end and deterred the Luftwaffe from taking over Great Britain.

In mid to late 1940, Hitler led an attack on Great Britain with the hope of establishing air superiority before physically invading the country. Attacking with their Bf 109s, the RAF took them on with the Hawker Hurricanes and Supermarine Spitfires. Although their differences in performance were only marginal, the RAF held strong and repelled the enemy. In late September of that year, Hitler failed to establish his planned air superiority and withdrew his plans, marking his first major defeat. The Few as they were called, are now celebrated on the third Sunday of September of each year for their bravery and changing the course of the Battle of Britain.