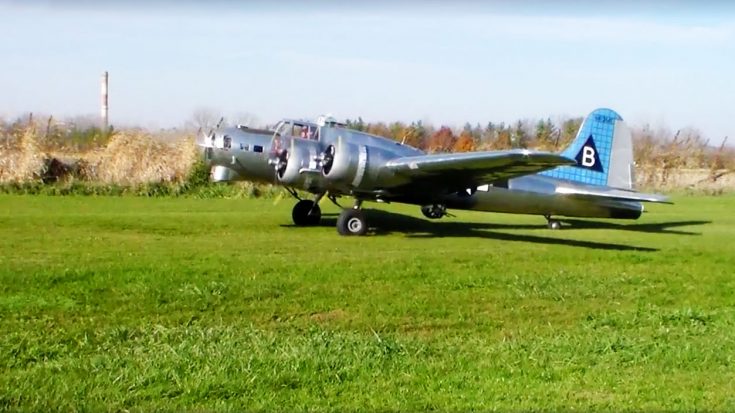 Now This Is Special.

This story just keeps on getting better and better. We’ve followed this guy for a couple of years now as he has an incredible story. Now the story got even better.

As a quick synopsis for those of you not familiar with the story, a man by the name of Jack Bally drank a very special beer back in 1999. That’s how most great stories start. He and his buddies were discussing what kind of project he should start and for some reason a 1/3 scale B-17 came up. He said sure and worked on it for the next 17 years.

Yup, that’s what happened. If you’d like to read the full story we wrote, check this out.

As for what happened a few weeks ago, well, don’t get mad at us or the people there. You don’t actually see the plane take off. The reason for that is the fact that everyone was literally stunned and didn’t think to turn the camera. You can actually hear them talking, saying “he’s gone!”

According to Jack, the plane was just supposed to taxi but it took off by accident. We don’t know how, but we’ve seen it happen before. You pick up too much speed and up you go. Jack also mentioned that the “official” flight will happen soon, and yes, they’ll be filming it the right way.

We’ll definitely find it and share it with you as soon as it happens.