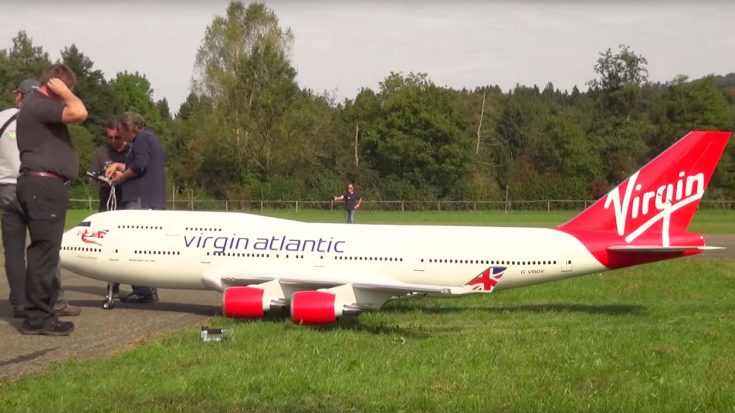 This is an RC plane that makes headlines everywhere it goes, iconic and nearly indistinguishable from the real deal. At a length of 18 feet and weight of 135 lbs this Virgin Atlantic-themed RC jumbo-jet is one of the biggest RC models ever built.

It was designed by Adi Pitz who spent nearly roughly 2,000 hours over the course of 8 years putting together this gigantic homage to Virgin Airlines. Taking center stage at Hausen Flight Day 2016, this Virgin flight is so massive that it requires a couple of people to wheel it into place.

Putting an RC plane that big into the air has got to be intimidating to the pilot, knowing the pressures of all the time spent on it. But the sky is anything but virgin territory and this RC jet looks nearly identical to an actual Virgin 747 at the right perspective. Richard Branson would be proud of the amazing design and flight and speed this RC plane has.