19 Ft. RC B-17 Is Amazing And So Is The Corsair Crash Landing 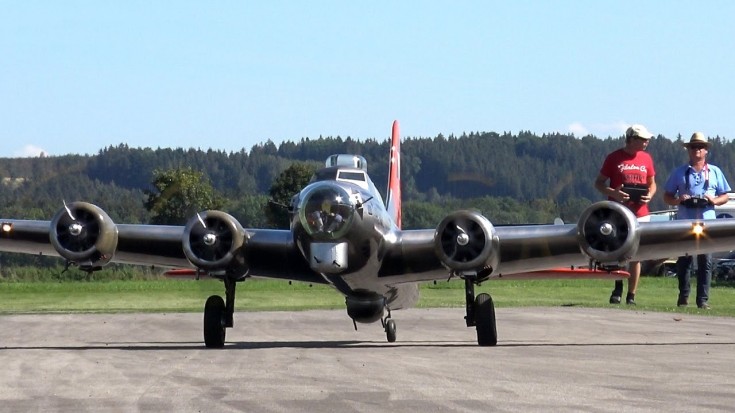 These Rcs Are Truly Impressive

This expertly captured Rc show was brought to us by Rc Scale Airplanes, a Youtube channel dedicated to just that. They try to get footage of some of the biggest shows around and also talk with the pilots and modelers providing us with information about all these Rc models. From World War I biplanes to modern jets, these awesome guys capture all the action whenever they can.

Here are the warbirds featured in this video:

As you’ll be able to see, these guys are no amateurs when it comes to building and flying these Rcs. Peter Pfeffer, the owner of the giant B-17, has been in the flying circuit for years now. As for the other guys, they’ve been around the block as well. Franz Obenauf and Willi Schachermayer who fly the Thunderbolt and Corsair respectively, fitted their warbirds with Moki engines which cost thousands of dollars and sound amazing. The P-47 is especially impressive as it has a 5 cylinder Moki engine which sounds absolutely fantastic. It does a low flyby at 4:40, so keep an eye out for that!