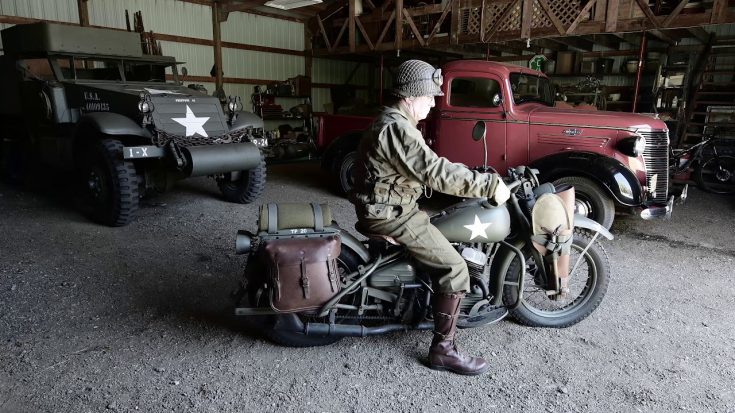 Riding Back In Time

That’s one of the best-looking motorcycles we’ve ever seen! These WLAs were specifically built for America in 1942 and have a top speed of 65 mph. It has a 45-degree V-twin, air-cooled, side-valve with a 2.75-in bore and 3.8-in stroke.

Harley already produced the WL series way before they were awarded the contract by the US government. After the contract had expired, around 90,000 WLAs were produced.

There were other countries other than the United States that availed of Harley’s WL series. The likes of Canada, South Africa, and the Soviet Union also possessed these bikes once upon a time.

Its production ended after WWII but it was once again dusted off and was produced during the Korean War. What made it the go-to motorcycle was its reliability and near-indestructibility.