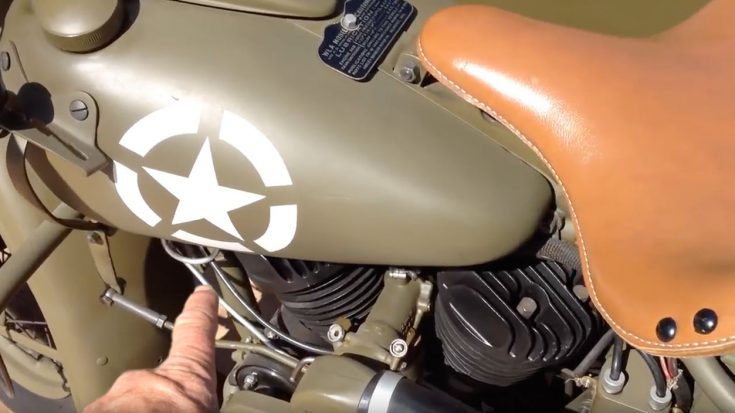 Twist It, Pull It…Bop It?

This awesome video comes to us from a YouTube channel called Glen Bator. He’s the owner of the Bator International Classic Online Motorcycle Sales and he’ll show you how to start up that sweet looking 1942 Harley Davidson WLA. Yes, this thing was ridden during World War II. It’s an incredible piece of history.

After doing some digging online and comparing prices, a WLA like that, fully restored, runs about 30-40K.

We’re going to let the Glen do the talking to walk you through the process, but unlike now, it’s not flipping a switch and turning a key. You’ve got to twist the advancer, adjust the petcock, chock it and so on and so forth. It’s a process and if you’ve never ridden something older than 20 years, you might not know this procedure.

As for the bikes, Harley made these specifically for the U.S. Army from a civilian model they produced before the war. After being tasked with supplying the Army, they produced nearly 100,000 of them during World War II and then briefly during the Korean War.