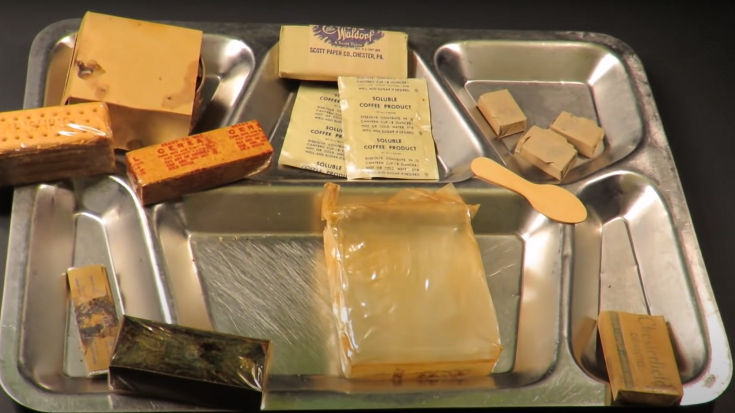 K-rations were what the US army soldiers typically ate during WWII. The boxes these rations came in were usually dipped in wax to waterproof them.

For their main course, the soldiers had chopped pork and eggs. Unfortunately, the rations that Steve got were damaged (aka too old), so he was unable to taste them. Chesterfield cigarettes and a piece of gum were also found inside the ration, but they were far too spoiled to consume.

The two Nescafe instant coffee sachets were complemented with four cubes of sugar made of 100% pure cane sugar. As for dessert, the soldiers ate a 60-gram fruit bar, a cereal bar, and a handful of Sunshine biscuits.

Of course, rations wouldn’t be complete with Waldorf toilet paper – the only thing inside that aged exceptionally well.