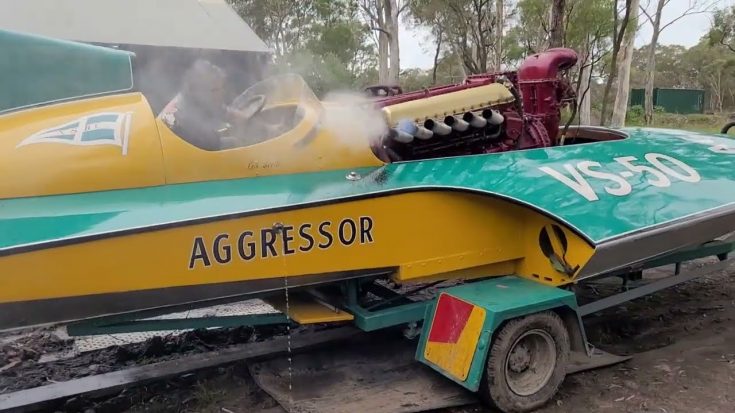 Brought back to life

Who would have thought that a hydroplane from the 60s still has what it takes to start up its engine?

This particular hydroplane is called the “Aggressor” and was popular in the late sixties and seventies when it dominated the Griffith Cup races. It is a conventional hull with a traditional rear-cockpit, forward-engine, shovel-nosed bow configuration. Moreover, the hydroplane measures 26 and a half feet long with a 10-foot beam.

Most importantly, the Aggressor uses a Rolls-Royce Merlin engine to overpower its counterparts in races.

With her racing days behind her, she was luckily restored by the uploader’s cousin this year. In the video, we can see his cousin starting up its powerful and menacing Merlin engine. The sound is as good as you’ve imagined it would be!