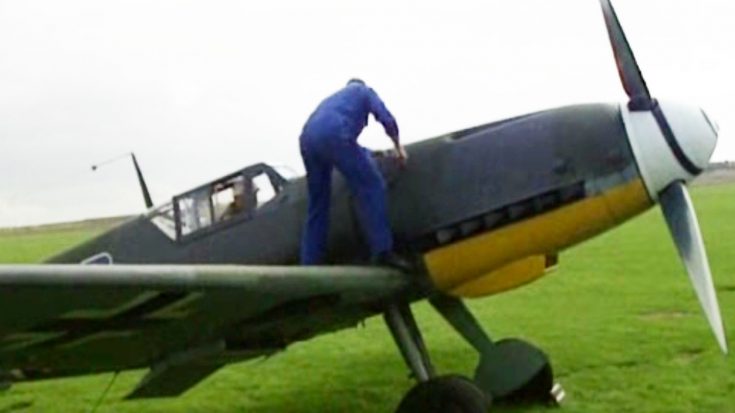 It’s Not Just Turning The Keys.

This pilot gives us a point by point instrument inspection a World War II pilot would go through before taking off. Of course, they’d do it in a matter seconds, as incoming fighters wouldn’t wait for you for five minutes to get ready:)

The Messerschmitt Bf 109 was Germany’s number one fighter designed way ahead of their time. Although they went through some redesigns, the basic plane stayed the same, with over 33,000 of them produced during World War II and over 100 variants.

The engineers of the Messerschmitt Bf 109 tried to put in the biggest engines into the smallest airframe. Starting with a 695 horsepower, the later variants ended up with a 2,000 horsepower engines.

Although not the easiest plane to take off with, fly as well as land, it was said that ‘in the hands of a capable pilot, it held its own.’ Pitted against Spitfires and Mustangs, the Bf 109s were formidable fighters that were produced throughout the war.