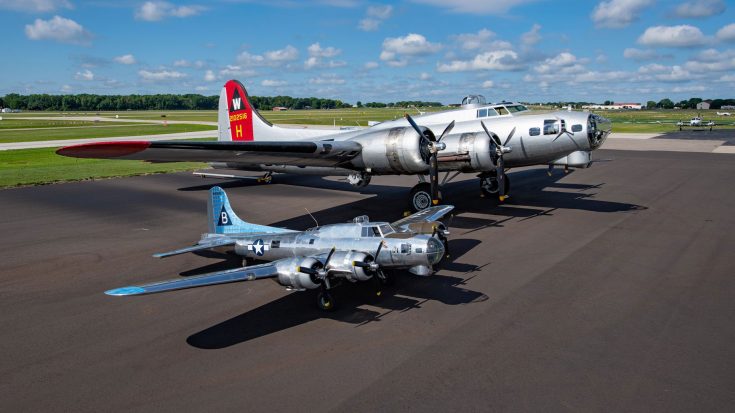 It’s almost hard to believe, but the famous Bally’s Bomber is up for grabs. After 20 years of hard work, its owner is just putting her out there only a few years after completion.

For those of you who don’t know the story, you can read it in detail here. As for a quick rundown, Bally’s Bomber is the brainchild of Jack Bally, a resident of Illinois. After basically taking on a bet it couldn’t be done while drinking beers with his buddies, Jack started chipping away at building a flyable, 1/3 scale B-17 Flying Fortress.

Starting in 1999, he just completed it in 2016 but didn’t get an FAA certification until a year ago. Now able to fly, Jack and his crew showed his work off at the biggest airshow in the United States, namely, Oshkosh. It seems to us that after that, he was satisfied and is now looking to give his project new owner.

As you can imagine, putting a price on something like this would be a tough one. Sure, Jack could probably produce all receipts of the aluminum, engines and whatnot, but how do you gauge what 20 years of extra hours of work costs?

Well, you can’t which is why the asking price is just “make an offer.” If you’d like to see the listing for yourself, just check out this page for all the details.