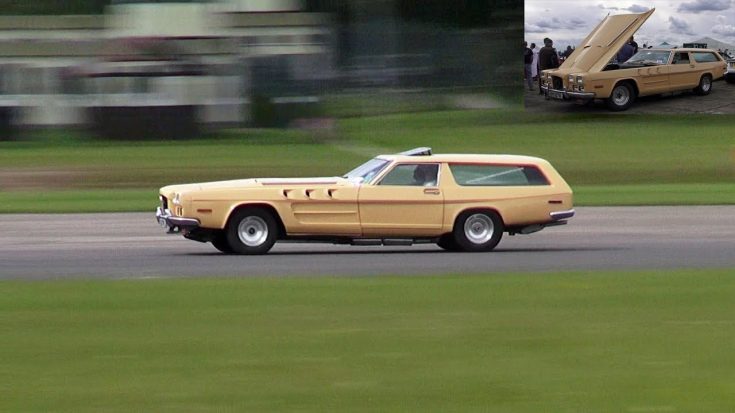 This car has to be one of the most interesting cars you’ll ever see. It first came to the possession of its owner, John Dodd as a rolling chassis. Dodd first helped it’s then owner solve the conundrum of which gearbox the Merlin could be twinned with.

Also, did you know that even without superchargers, the car was included as the most powerful car on the road at the time by the Guinness Book of Records?

The footage shows John Dodd in his 27-liter Merlin engine car, more popularly known as the “The Beast.” It’s awesome to see how such as massive engine can fit into a car. It’s even surprisingly quiet when running! We love the moment when the car started to pick up speed, and it turned out to be completely effortless.