The Beautiful Sound Of Liberty Belle’s Engines Starting Up 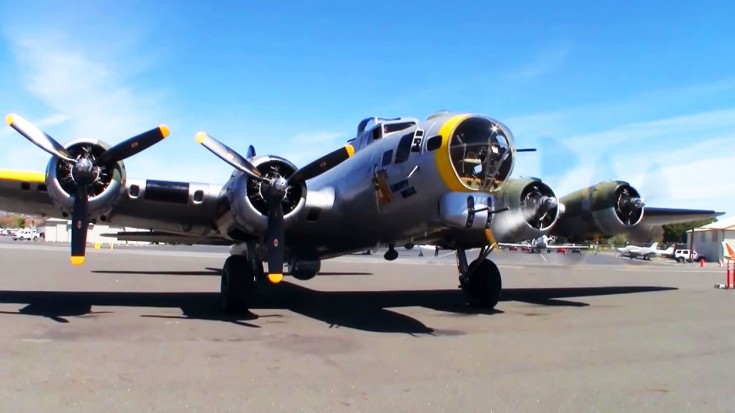 Watch This Lady Startup And Take Off

The B-17 Flying Fortress is by far the most famous American bomber, having dropped more than half of all the bombs unleashed on enemy targets during World War II. The Liberty Belle was one such B-17, and has a very rich history. There were several planes with this name over the years, the one in this video being the commemorative version. The first one was used in combat during World War II and went down in 1943 due to an onboard fire. The second Liberty Belle, a BQ-7 variant, was hit by flak and crashed when deployed on a mission in 1944. A third Liberty Belle was heavily damaged in early 1945 as well while the fourth and last one was involved in a midair collision in September of that year, killing all but 3 crewmen of both planes.

On June 13th, 2011, the only airworthy Liberty Belle had an engine fire mid flight, forcing her pilots to emergency land. Due to muddy conditions, help could not arrive in time and she was entirely consumed by the fire. No one was hurt.

This commemorative Liberty Belle was originally scrapped after the war in 1947, and while changing hands over the years, ended up bought by Don Brooks, an avid historical plane enthusiast. She was then restored for the next 12 years, and returned to the skies as a show plane. In 2011 tragedy struck, as one of her engines ignited mid-flight forcing a landing in muddy conditions. The fire crews could not get there in time and the entire plane was destroyed.