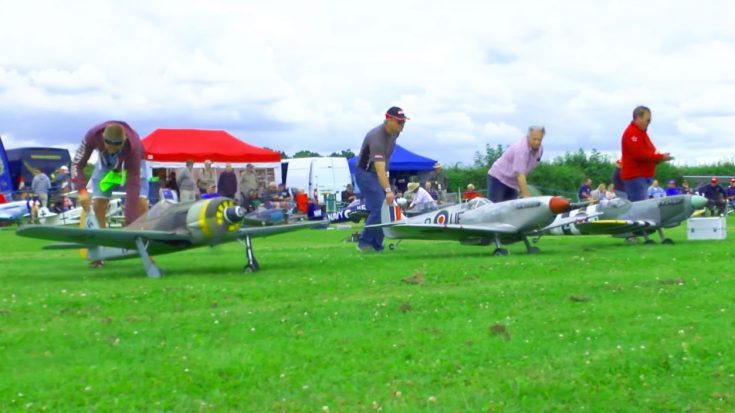 We see quite a few remote control planes although the big ones really catch our eyes. Made with skill and dedication these giant RC planes never fail to impress their fans. However, due to the heavy investment in these planes their creators usually aren’t willing to take risky moves with them. Most will not endanger their RCs, but three guys put it all on the line for a show.

“Supporting the BBC Children in Need Appeal and local charities, the Little Gransden Air & Car Show will include over four hours of vintage and aerobatic flying displays, a vintage, veteran and classic vehicle rally plus numerous other attractions.”

The Little Grandsen Air & Car Show featured a thrilling performance from some RC Warbird Veterans. Three beautifully built RC warbirds duke it out in a dogfight, the likes of which we have never seen. These guys don’t shy away when it comes to cool moves, they know that warbirds need to go to war. Do yourselves a favor and see what these RC planes can do when they go up against one another.