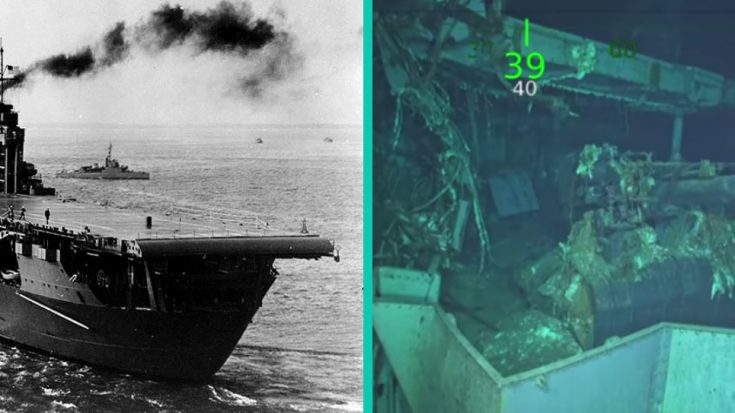 Interest in the USS Hornet was renewed when it was located in late January 2019 by the research ship Petrel. But this isn’t the first time the USS Hornet has been newsworthy. She wasn’t just any carrier. She was legendary.

Here are 3 things everyone should know about this legendary ship:

The USS Hornet’s part in the 1942 Doolittle Raid alone is enough to make us go, “Wow, check that out!”  She was the carrier that would take Lieutenant Colonel James H. Doolittle and his men on a secret mission to bomb Japan. Though the mission didn’t do much damage to Japan, the famous raid gave the United States the moral boost it badly needed after the attack on Pearl Harbor.

But that was just the beginning for the USS Hornet.

The Battle of Midway

A few months later, the USS Hornet was fated to take part in one of the most decisive Naval battles in history – the Battle of Midway.

On June 6, 1942, warplanes aboard the Hornet attacked the fleeing Japanese fleet and assisted in sinking the Mikuma and damaging both a destroyer and a heavy cruiser. The four sunken Japanese carriers had at least 250 aircraft on board. They also lost the majority of Japan’s experienced aircraft maintenance personnel. The Japanese Navy never quite recovered from the blow.

However, a carrier’s luck can only last so long.

On October 26, 1942, the Hornet was strategically attacked by dive bombers and torpedo planes during the Battle of the Santa Cruz Islands. The carrier was incapacitated, unable to launch, land, or even move. Coming to the rescue, the heavy cruiser Northampton towed the Hornet from the action. Crews almost restored her power when yet another flight of torpedo planes attacked.  The very last one hit home, spelling disaster for the Hornet.

All personnel abandoned ship. They then attempted to sink her themselves, but she still didn’t want to go. Japanese destroyers would finish the job, ending the Hornet’s glowing career for good.

This carrier sure put up one heck of a fight!