360° Experience: Formation Flying Through A Hangar 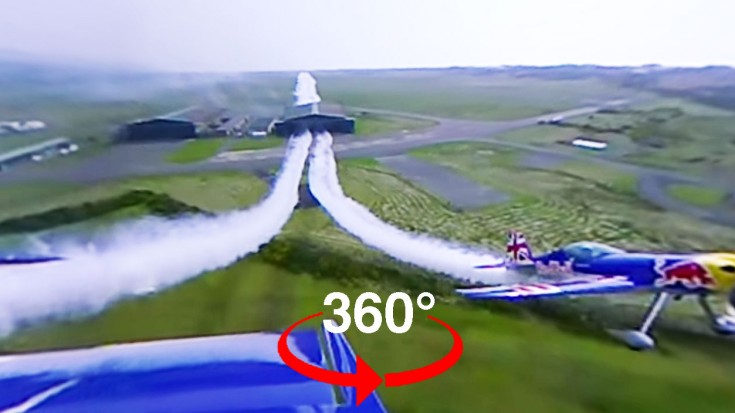 Make Some Room Around You Because You’re About To Start Walking In Circles!

Technology is moving at lightning speed if you think about it. In aviation alone, just eighty years ago our favorite prop planes were beating speed records by surpassing the 400 mph mark. Today, Lockheeds SR-71 can reach 2,200 mph, not to mention that it was built just 20 years after World War II in 1964. Things are moving fast, literally, but what you’re about to see is not only great flying but also a relatively new way of watching videos both on your desktop and mobile devices.

In March of 2015, Youtube started supporting 360° video format. What this means is that when you watch certain videos, you can simply tilt your smartphone horizontally and follow the entire video whichever way you want in terms of perspective. On a desktop, simply drag your mouse over the video to change the vantage point, but just make sure you’re using Google Chrome. On mobile, hit the actual Youtube link in the upper right corner of the viewing window for it to work properly.

Although this video is not of our favorite World War aircraft, it does show off some amazing flying of Redbull pilots who do a fantastic stunt. Flying in formation, they dip low and go through a tiny opening in a hangar with smoke trailing behind them. Now, implementing what we just talked about, you can view this video 50 times and get a different experience every time. Relating this to our World War Wings passion, it’s only a matter of time before we’ll feature some crazy 360 videos of lets say, Flying Fortresses or Corsairs.