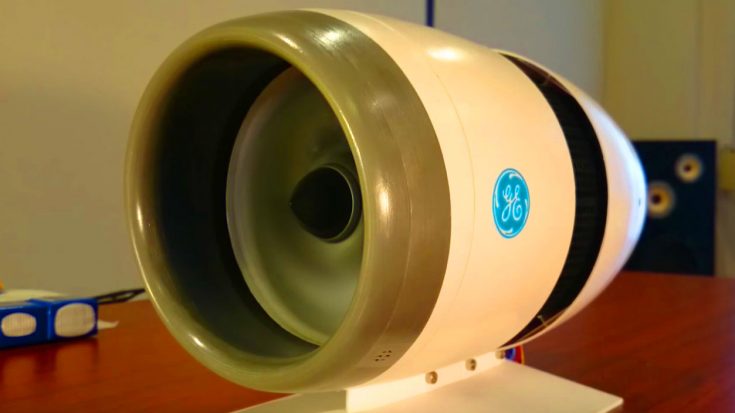 The jet engine is a miraculous invention that has thrust the world forward in so many ways. Just about everything has benefitted from the jet engine from travel, scientific research, commerce and military aviation. Usually, these massive engines are built in factories but here we find a miniaturized General Electric jet engine made from a 3D printer and it really works.

Made from a Prusa i3 3D printer it is built to scale and has fully functional reverse thrusters. This is a great toy to have around the house and the fact that it works is just mind blowing. I would gladly take one of these over some mini-fan any day of the week and twice on Sundays even though the neighbors would probably complain about the sound.

So check out the 3D printed jet in action, you’ll be absolutely mesmerized at just how well it works when it gets going.