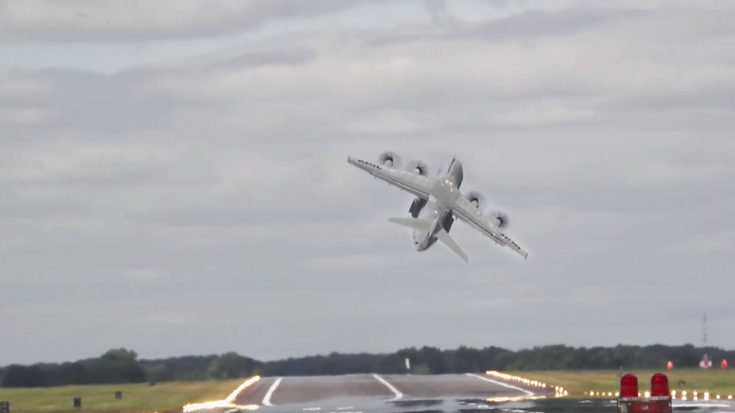 We’ve posted a couple of videos of this transport beast, but we think that this one takes the cake for most the aggressive takeoff. The plane goes almost completely vertical and for a second there looks like it’ll stall and fall out of the sky. It doesn’t, of course, and continues on climbing as if it’s no big deal.

The source of this video is the YouTube channel bobsurgranny. We find a lot of really great videos on that channel and we recommend you check it out as it’s filled with awesome aviation videos and no, we didn’t get paid to say that. The guy behind the camera simply loves planes and also knows how to capture them in pretty awesome ways. For that, we thank him.

As for the plane in the video, it’s the A400M. Called Atlas, this turboprop transport plane created by Airbus was introduced in 2013 and is used by many European countries. Sizewise, it’s comparable to the C-130 Hercules but can carry more weight but as you’ll see, when it’s empty it can really take off if it wants to.