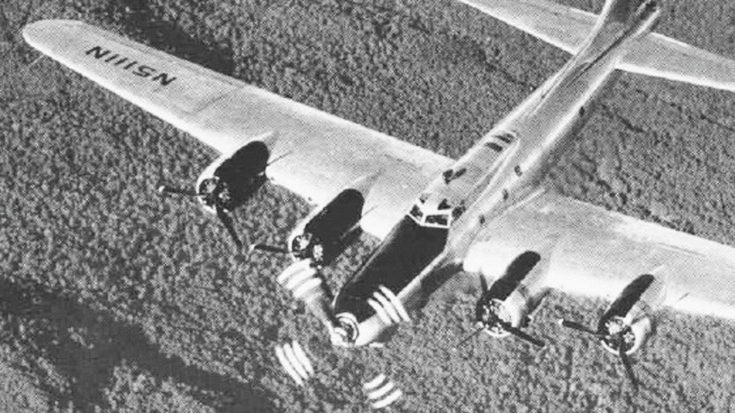 Just when you thought you’ve seen everything, here’s a B-17 sporting a propeller on its nose. B-17 Flying Fortresses are perhaps one of the most known bombers of World War II yet from what we gathered, this was one experiment many people don’t know about.

After the end of the war, B-17s were already obsolete. With the jet age taking over, slow, propeller-driven aircraft were being phased out, many of them ending up scrapped as a result. B-17s saw the same fate although a few were used as test beds for new technologies and sometimes used as drones to test missiles, as you can see here.

Another test, much lesser known, is Pratt & Whitney using B-17s to test a new turboprop engine. The Navy wanted to develop this new technology back in 1945 and it took the company until 1951 to make one.

To test it, they mounted the T34, as it was called, on the nose of a B-17 and gave it a whirl. Although it performed well, the Navy never purchased them in lieu of the then emerging jet engines, but they were applied to other aircraft that didn’t need to be that fast.

The aircraft that used them were: Aero Spacelines Super Guppy (pictured above,) Boeing’s Stratofighter, Lockheed’s Constellation prototypes and permanently on the Douglas C-133 Cargomaster.