5 Fascinating Facts About The Tuskegee Airmen 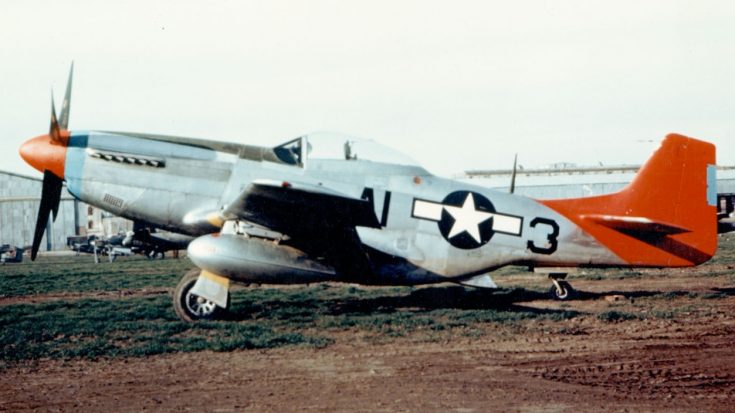 World War II was an incredibly complicated time to be African-American. Living in segregation and navigating through civil rights, the Tuskegee Airmen rose above the obstacles and earned legendary status. Here’s a look a 5 standout facts from their captivating story:

It was a constant struggle to get colored men up in the air. Up until WWII, the few African Americans who learned to fly were either self-taught or learned overseas. The Appropriations Bill Public Law 18 passed by Congress on April 3, 1939 included an amendment that gave funds for training African-American pilots.

Tuskegee University in Alabama was finally able to take up the torch in 1940 with the Civilian Pilot Training Program. Under pressure from civil rights groups and the demand of the war, the military selected Tuskegee University as the segregated training grounds for African American airmen because of its established facilities, commitment, and pleasant climate.

4. Tuskegee Airmen Were Not Just Airmen

The Tuskegee Airmen are most commonly associated with the North American P-51 Mustang and most people know that the 332nd Fighter Group painted the tails of their P-47s red, earning them the nickname “Red Tails.”  But many Tuskegee Airmen never saw any action; “Tuskegee Airmen” is an umbrella term for the navigators, bombardiers, mechanics, instructors, crew chiefs, nurses, cooks and other support personnel who went through Tuskegee.

First Lady Eleanor Roosevelt’s historic flight with C. Alfred “Chief” Anderson in March of 1941 is commonly mistaken as the start of the Civilian Pilot Training Program at Tuskegee. She graciously arranged a loan of $175,000 to finance the Moton Field building. In reality, the program had already been active for five months.

That’s not to say her actions weren’t a huge boost. It was kind of a big deal for an African-American pilot to fly such a prestigious figure.

“Well, You Can Fly Alright.”

2. They Were Almost Disbanded Because Of Discrimination

Despite receiving a Distinguished Unit Citation for its performance in combat, the 99th Fighter Squadron was reported by NAFF Deputy Commander Major General John K. Cannon as ineffective. The squadron was accused of being incapable of handling complex situations and possessing low intelligence based on the pilots’ race.

The House Armed Services Committee held a hearing and if not for the intervention if Colonel Emmett O’Donnel Jr., the 99th could very well have possibly been disbanded.

1. “Never Lost A Bomber” Is A Myth- But Still The Stuff of Legends

With 179 bomber escort missions, they lost only 27, compared to an average of 46 among other 15th Air Force P-51 groups.