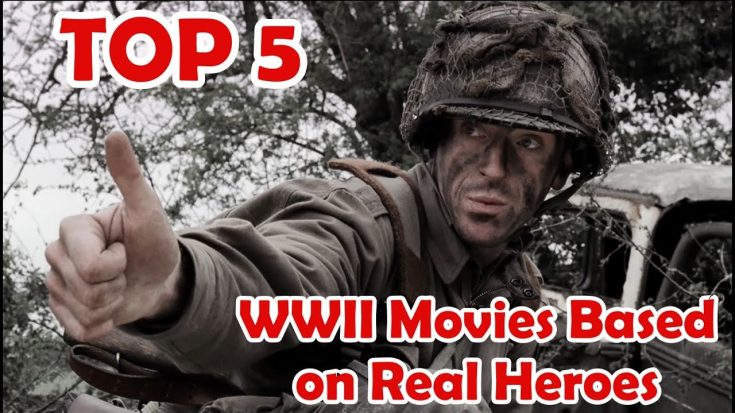 Here are the five movies that highlighted the story of five real heroes during World War II:

Midway features Dick Best, a highly skilled American pilot aboard the USS Enterprise during the Battle of Midway. He was the only pilot in history to score a hit on two aircraft carriers in one day.

4. Enemy at the Gates

Enemy at the Gates captures the Battle of Stalingrad. It is based on one of the most famous snipers of all time- Vassili Zaitsev.

This is a movie in the Pacific Theater during the Battle of Okinawa. It follows the story of Desmond Doss, who served as a medic in the 77th infantry division.

This is a mini-series focused on the Pacific Theater, covering numerous battles, but it particularly highlighted the experience of US Marine, John Barcelone, who was later awarded the Medal of Honor.

The movie features countless paratroopers including their steadfast leader, Richard Winters. Winters showed impeccable command abilities in combat on D-day, leading a successful attack with only 13 men against an overwhelming 50.