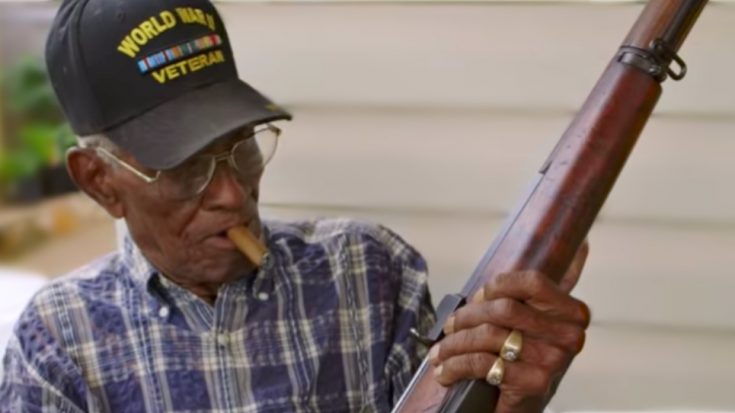 Every so often, we hear of the passing of individuals who have reached astonishing ages. Often it turns out that those individuals were WWII veterans. After they have been through something as traumatic as a war (or 2 or 3), how do they do it?

Here are 5 of the world’s oldest veterans (one still living) on what kept their eyes bright, their minds sharp, and their hearts full well past 100:

“Never diet! I always liked to eat, always with a lot of butter and lard ”

Gustave Gerneth is currently the recorded oldest man alive in the world. The German veteran served in WWII as a mechanic in the German Air Force (Luftwaffe) and has lived in the same house in Saxony-Anhalt for the last 40 years. Still very independent, he enjoys watching football, solving crossword puzzles, and performing mental arithmetic.

“I was just doing what I knew I had to do and I enjoyed doing it. ”

Emma Didlake was already in her late 30s and a mother of 5 when she joined the Army Corps as a stateside driver. Never one to sit on the sidelines, she simply believed in doing the right thing and doing it well.

But other than her go getter, trend-setting, humorous personality, Emma followed a certain diet: mostly fruit and vegetables with little meat and her daily Vodka-soaked golden raisins.

“I smoked until I was 70 and still enjoy a drink!”

Ralph Tarrant, who served as a corporal in the Royal Air Force  during WWII, credited balancing vices and virtues as well as staying active and interested.

He also kept good company. He and his wife Phyllis enjoyed a long marriage of 77 years until she passed at the ripe age of 102.

“Be honest. That goes a long way…I’ve been through so many dangerous things and I’m still here. I’m thankful to the almighty God for it. That’s all I can say.”

Levingston, who participated in the Allied invasion of Italy, fought in the Naples-Foggia campaign, and even served in North Africa, was America’s oldest individual when he passed away in 2016.

He never married or had children, but the humble Louisiana native stayed very close with his brothers, sisters, nieces, and nephews, a trait that one family member thinks was a huge contribution to Levingston’s long life.

“I mean, you put the whiskey in there, it makes your muscles grow warm.”

Richard Overton was not only America’s oldest veteran, but also America’s oldest person overall when he passed away in December 2019. Overton served as an Army technician in some of the roughest areas of the South Pacific theater.

In his later years,  he famously enjoyed his vices. Chain smoking cigars, daily doses of whiskey, fried catfish, and butter pecan ice cream were at the top of his list of life enjoyments.

Not So Secret Secrets

So there you have it. If ever you need an excuse to NOT give up smoking, drinking, and eating all the tastiest but questionable food, just follow the advice of the likes of Gerneth and Overton. But don’t forget to balance the naughty things with virtuous things, like Tarrent. Or, just have some really good genes and a great attitude.

See the video below for a quick peek at what it’s like to be married for 77 years.