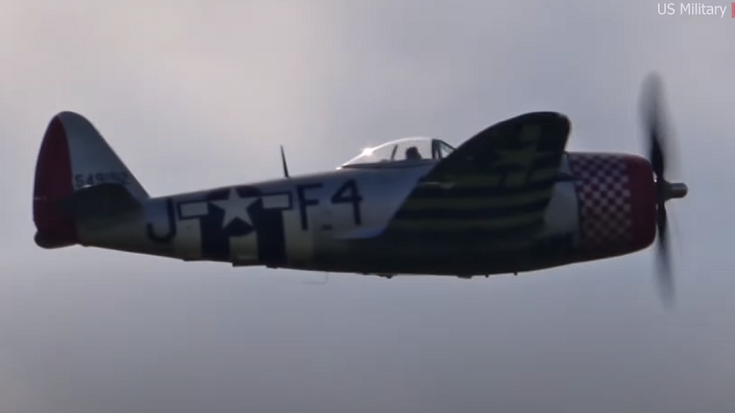 A-10s are far more advanced than P-47s but during the latter’s time in the war, it was more than capable enough of packing a punch. With four .50 cal machine guns in each wing, it could shred enemy aircraft pretty quickly. While fully armed, it could also hold up to 2,500lbs of bombs. The same can be said with how dominant the A-10 is when proving close air support.

Just like the Warthog, the Jug is known for its ruggedness. It was capable of absorbing a significant amount of beatings. The same can be said about the Warthogs. Its cockpit is encased in titanium along with redundant hydraulic flight controls with mechanical backups. These two warbirds are ready to tough it out.

The Jug isn’t only known for its ability to down enemy aircraft. Its eight machine guns are also quite useful when trying to pick off ground targets. P-47s terrorized German forces just as much as A-10s did Iraqi tanks. Using its powerful Gatling gun, A-10s could turn tanks into minced meat in just a matter of seconds!

It’s no secret that the Jug is lacking in the looks department. It’s understandable – you don’t prioritize looks when you’re designing war machines. However, compared to its contemporaries, the P-47 is understandably not as easy to the eyes and the same can be said for the A-10. The Army’s Vice Chief of Staff, General John Campbell had this to say about the A-10, “It is the ugliest, most beautiful aircraft in the world.”

5. From The Same Company

The Warthog and the Jug actually came from the same company – sort of. Republic Aviation was responsible for making the P-47 during WWII. After the war, the company was bought by Sherman Fairchild, the owner of Fairchild Corporation in 1965. Afterward, Republic was absorbed into the Fairchild corporation and under the new company, the A-10 was made in 1972.