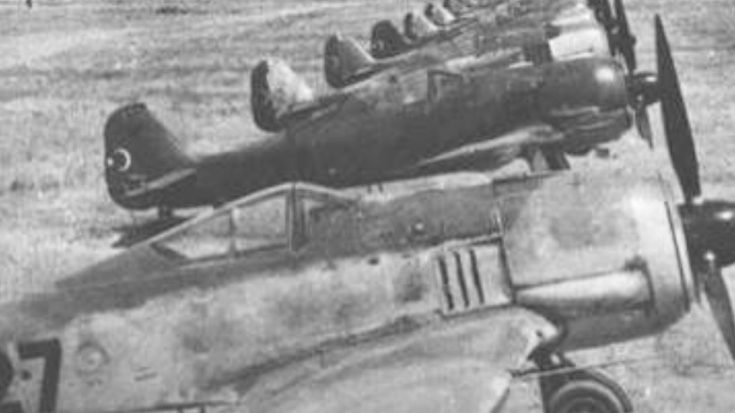 In 1943 Hitler attempted to bring Turkey into the Axis Powers by gifting them with 50 Focke-Wulf Fw 190 fighters. Turkey remained neutral during WWII but continued to provide Germany with metals such as chromium and iron ore. The Fw-190s were never used or seen again, until recently when they were discovered in a Turkish airport.

Amateur aviation historian Uluhan Hasdal claims to have discovered the Focke-Wulf Fw 190s at a defunct airport in Kayseri, Turkey. When Turkey declared war on Germany they claimed to have scrapped the Fw-190s and purchased American planes. However, it appears that the fighters were actually dismantled and buried for use at a later time.

“Researchers pressing on the government to recover the planes finally had the opportunity for excavation work at the site last year, but red tape delayed the process. However, the process is expected to resume soon, months after metal detectors detected traces of buried planes.”

If the claims are true then it could mean that the Focke-Wulf Fw 190s are still flyable. Although Hasdal would rather use these fighters for display purposes.