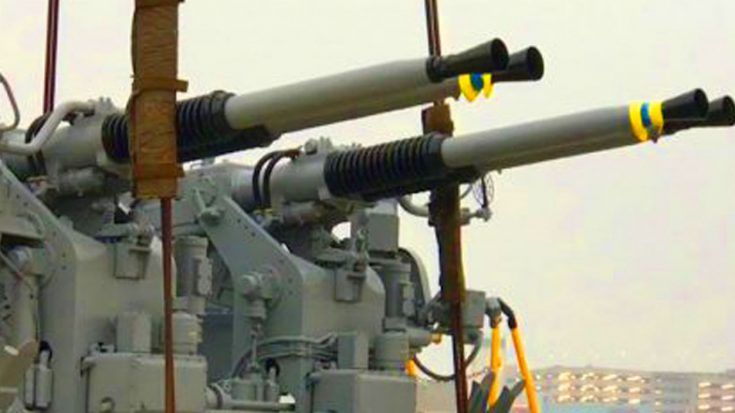 During the Vietnam War, the USS New Jersey carried Quad 40 guns and was the sole battleship providing fire support in the conflict. Some 50 years have passed since that time and the Quad 40 may be considered outdated as a weapon but it was still part of the ship’s history. A fundraising campaign brought in nearly $200,000 to purchase the guns for the legendary battleship. Crewmen who worked on the USS New Jersey gathered to see the return of the ship’s Quad 40 gun after a five-decade hiatus.

“I wanted to be here to touch it. Since I was the one who removed it, I thought I would be the one to accept it after 50 years.”

A little bit of rain couldn’t hold up the crews from putting the guns back on the USS New Jersey. The installation can be seen in this video as it returns to true form.