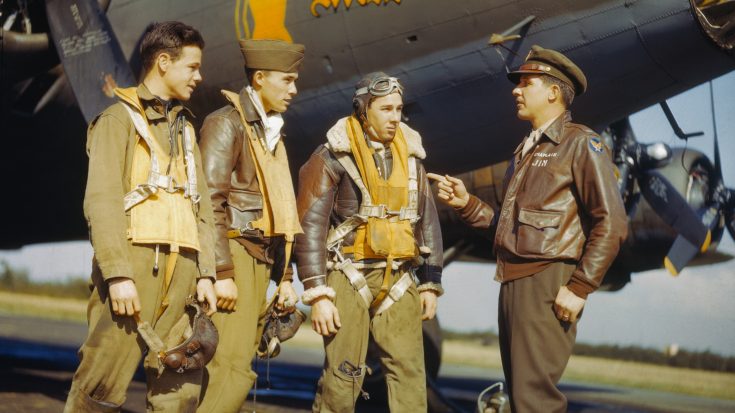 We all know the Greatest Generation saw their fair share of horrors in their lifetime. Suffering through the Great Depression in their youth to being drafted into the bloodiest war the world has ever seen, life experience is something these folks don’t lack.

For this reason, we should all learn anything we can from them. Luckily, the book The Greatest Generation by Tom Brokaw encapsulates their approach to life in a spectacular way. In an article by Brett & Kate McKay, which you can read in its entirety here, there are seven great lessons we can take away from those who gave us their all.

1. Take Responsibility For Your Own Life

When you fire up your T.V. nowadays, the stories are characterized by someone blaming someone else for their troubles. Be it their neighbors, government or school system, it seems like there’s no accountability for peoples’ actions and life choices. At the end of the day, it’s you who makes them.

The Greatest Generation built the United States we know today after returning from the war. Seeing and doing horrific things, they didn’t shy away from real work regardless of how the past might have hurt them. It was time to start living again and they shouldered that burden without making any excuses.

This can definitely be applied to today’s generation. In a world of abundance, it’s hard to blame people for wanting more as everything is cheap and readily available. That’s why we have people camping outside of Apple stores and Walmarts to get another $1,000 cell phone or discount on a product that they really don’t need.

Anyone who lived through the Great Depression and then fought in a war where nothing was certain grew up appreciating every little thing in life. Make it all count. This is something we should all aspire to.

Touching on social media again, it’s hard to label many people as humble anymore. Although we’re not saying it’s a bad thing as this is just the way technology evolved, we live in a world where if you buy yourself a new car, it goes straight on your social media account for all to see. It even comes down to people taking pictures of their food and fancy drinks to show others what they can afford and get those likes. Also, no good deed comes unliked or unshared in today’s world.

The incredible thing is that most World War II veterans you talk to never really want to talk about the war. The reason can be twofold. On one hand, it’s because they’ve witnessed and might have done things they don’t want to rehash, but on the other, they never seemed the types to remind everyone they “saved the world.” Drawing from the two previous lessons, they just did what they had to do and moved on with their lives. Plus, being frugal comes hand in hand with humility.

Statistics speak for themselves. In the United States, 40-50% off all marriages end in divorce. This typically happens 8 years after marriage.

Not statistically but just from pure experience, how many people do you know of or who know of a couple who were married for 60 years? We can bet that if you do, those were couples of the Greatest Generation. They stood by each other no matter what. Looking at statistics from the book, however, their divorce rate was about 15%. That’s a big shift in loyalty from then until now.

Coming back to the first lesson of taking responsibility for one’s own life, this one is rampant nowadays. Sure, there are many hard working people in the United States. Both company men and women, laborers and entrepreneurs, but the number of people looking for handouts today is through the roof.

Once you storm the beaches of Normandy or Guadalcanal (or do any fighting during World War II for that matter), rolling up your sleeves to do anything is not really a challenge. Drawing from that experience, World War II veterans just did what they had to do to make ends meet and support their families. No task too big, no task too small.

As you can imagine, the Greatest Generation was formed by challenges. There’s no bigger one you can think of than fighting in World War II. For this reason, when faced with something less than ideal, they saw it as a way to strengthen their mettle, not cave under the pressure.

It can be said that many people do this today. When things get too hard, such as marriage we mentioned above, people just quit.

Not the Greatest Generation though. They stuck with it through thick and thin.

This is a summation of everything. When you’re humble, frugal, loyal and work your butt off life seems a lot simpler. You don’t fret at the new car you don’t have and save that money to give your family more and keep them happy.

Today, people get lost in likes and shares and let that dictate their happiness. We see celebrities on television spend thousands of dollars on handbags or dinners and sometimes all that stimulation makes us compare ourselves to them. Well, people shouldn’t compare themselves to these “idols.” Simply follow the lessons above and your life will be much better.

This article is not meant to sum up our past and current generations as lacking completely in these areas, but it’s clear every time we check social media and the news that many of these values got lost somewhere along the way. Although not everyone is like that, we can all agree that many people might take away a lot from these life lessons.