7 Somber Facts About Pearl Harbor Everyone Should Remember Forever 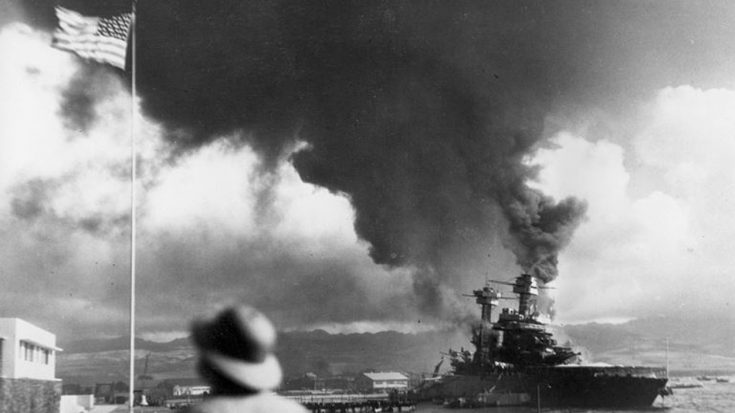 A Date Which Will Live in Infamy.

Today, December 7th, 2016, marks the 75th anniversary of the attack on Pearl Harbor. On that fateful day, without warning, this naval base got attacked quickly and fiercely, changing the course of history. Although many people know the basics of what happened that day, we’ve compiled six quick points, using solid numbers, that put the gravity of this attack into perspective.

As time passes it’s easy to forget what historic events were really like. As you read about them in books or even watch some documentary, feelings get washed away with time. We hope that these numbers help restore some of that emotion that’s been lost over time.

The entire purpose of the attack on Pearl Harbor by the Japanese was to incapacitate the Pacific fleet of the United States. The main targets, however, were carriers, because Japan knew that the U.S. would attack them on land after all was said and done.

The irony of that is the fact that no carriers were harbored at Pearl Harbor during the time of the attack.  That was definitely a good thing, as carriers were given priority and had a lot more servicemen onboard due to their bigger size. Despite this however, battleships, airfields and fuel depots were selected as subsequent targets. As you can see, caught by surprise, the U.S. lost many of them.

Adding to the equipment losses were of course the lives that were taken. Well over 2,000 people, mostly military personnel, perished while going through their morning routines, expecting it to be just another day at the naval base. Things were anything but.

It is important to note that every single American casualty on that day was a non-combatant. There was no state of war at the time of the attack. Not only that, during the attack, nine civilian planes were flying in the vicinity. Of those three were shot down.

That day was fair game for any action for the Japanese.

Staging a massive attack on a superpower like the United States required a lot of planning. Considering that no one on the base was ready for combat and were caught completely by surprise, it’s no wonder that Japanese casualties were minuscule compared to American casualties.

Out of the 414 planes the Japanese had available on their 6 carriers, only 29 were lost. Nine in the first wave of the attack and twenty in the second. Another 74 were damaged by anti-aircraft fire but made it back to their carriers.

Aside from that, another nine midget submariners were killed, although one was caught and remained a prisoner of war until the war ended.

During the attack, USS Arizona braved four hits and three near misses. Attacked by Nakajima N5Ns equipped with armor piercing shells and 1,757 lb. bombs, it was one particular bomb that broke the ship’s back. Although the first three were destructive, the bomb that was dropped at 8:06 A.M., just mere minutes from the start of the attack, breached the deck and ignited ammunition magazines.

Nearly half of all the U.S. casualties on that day came from that ship. 1,117 crewmembers perished on that ship, its destructive explosion sparing a mere 300 who managed to survive.

The above picture is not from the crew of USS Arizona as we couldn’t find any pictures of the crew that were of good quality. This is a picture of the Sullivan brothers who all joined the Navy later in the war, but the stories are tied together. When they joined they gave one stipulation however. They wanted to serve on the same ship.

These types of requests were discouraged particularly because of Pearl Harbor, as 23 sets of brothers were in fact lost in a single day aboard USS Arizona. The brothers insisted however, and the Navy eventually gave in.

Assigned to USS Juneau, the five brothers were deployed near Guadalcanal. On November 13th,  1942, their ship was struck by a torpedo and all of them perished.

Although tragic, take this into account. Records show that there were 37 pairs of brothers aboard USS Arizona. Of these 62 were killed, while only one full set of brothers survived. All the other pairs lost at least one brother.

If you think about all those numbers described above, you’d think that this sort of destruction and carnage took days to accomplish. Sadly, it took a little less than two hours.

The attack began at 7:55 a.m., and lasted until 9:45 a.m. All equipment losses, as well as casualties, happened within those hours. With a force of 414 aircraft, the Japanese inflicted quite a bit of damage in a relatively short amount of time. The sinking of USS Arizona of course almost doubled their kill count, but that would have still been a successful mission in their eyes if they hadn’t.

The next fact however, is astounding due to its sentimental nature.

1. Some Surviving Service Members Choose To Be Buried There

As of this year, 75 years have passed since that horrible day. Still, and those of you who have served will understand this better, the men who survived Pearl Harbor still remember it to this day. With all that death and chaos around you, who wouldn’t?

The bonds to those who survivors lost are so strong that they believe they should be buried there with them. This sentiment was so strong in fact that the U.S. Navy allowed them to do so since 1982.

After their deaths, they are cremated and placed in an urn. Divers then take them and insert them into the ship. So far, 30 people have chosen to be buried that way.