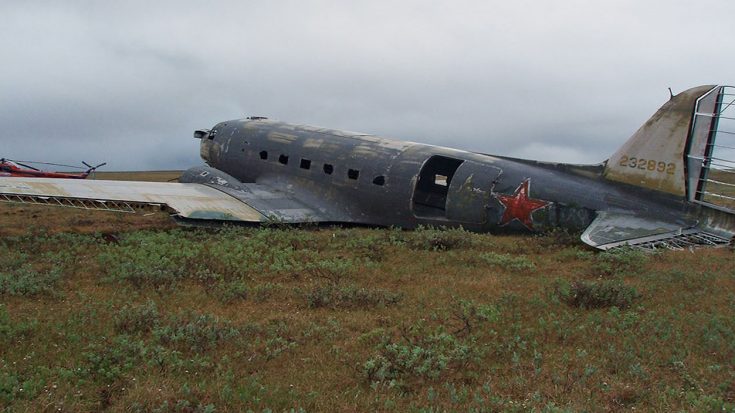 For over 70 years the wreckage of an American-made Douglas C-47 has sat frozen in the Siberian tundra, until now. How an American plane ended up crashing into Russian territory hundreds of miles from civilization is an interesting story. In 1943 this American plane was given to the Soviet Union as part of the Lend-Lease Act. By 1946 this transport plane has transitioned into civilian duties rather than risking the dangers of combat. Unfortunately, civilian transportation duties would ultimately prove to be more dangerous than combat. 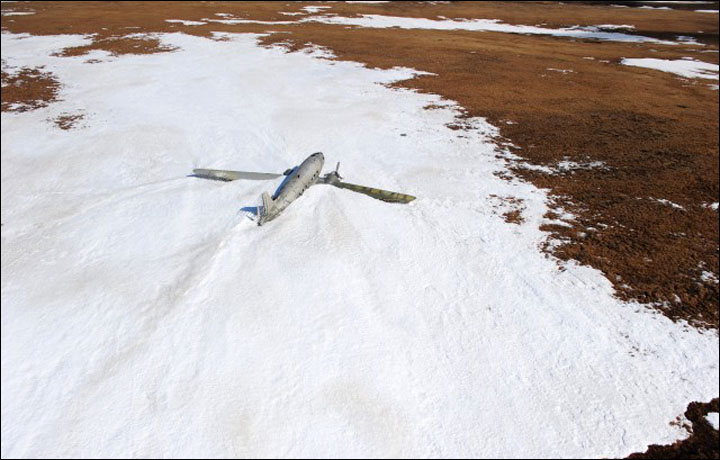 On April 23rd, 1947 while transporting 26 passengers north to the town of Dudinka the C-47 suffered an engine failure. Pilot Maxim Tyurikov crash-landed in the frozen tundra badly damaging the plane but all passengers survived. Hundreds of miles from the nearest settlement the situation turned desperate and Captain Tyurikov and five others set out as part of a scouting crew. After three weeks a plane saw the wreckage of the C-47 and the passengers were taken to safety. 1953 the remains of Captain Tyurikov were found frozen in a bog while the others have yet to be found. 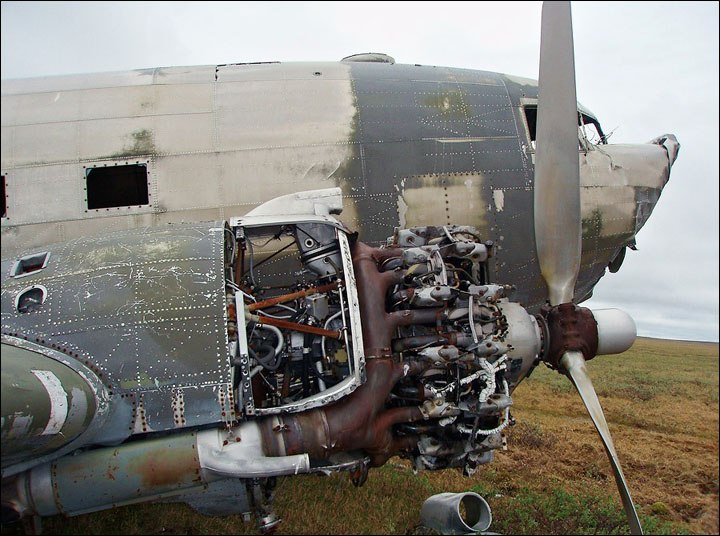 Now Avelina Antsiferova the daughter of Maxim Tyurikov is working with the Russian Geographical Society to recover the C-47. They returned to the site of the crash in 2012 and began an expedition to recover the plane.

“I have been waiting for this moment all my life,’ she said. ‘I studied the story of my father and searched the documents in archives. If I can touch this plane, then my life is not lived in vain.”

The C-47 is being divided into segments and transported away by helicopters to its new home at the Museum of The Exploration of the Russian North. A plaque was installed where the plane crashed to remember those who lost their lives.

“The aircraft will have a place of honor at the future Museum of the Exploration of the Russian North, in Krasnoyarsk. In the meantime, it will be kept at a facility of the Russian Geographical Society, where specialists will assess the need for further restoration work. The idea is, then, to display it either in a static location or as part of itinerant exhibits”. 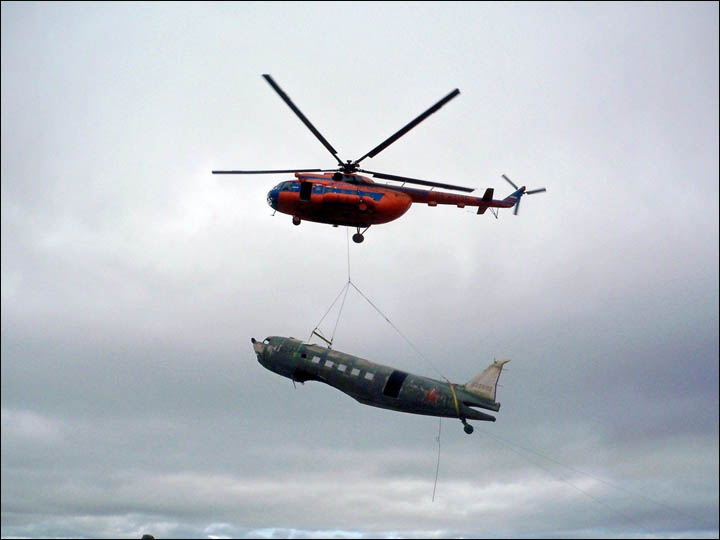 Video of the salvaged Douglas C-47 can be viewed in this clip from Ruptly TV.