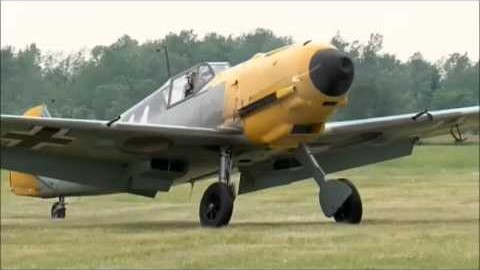 A Messerschmitt Bf 109 Coming Back To Life

The Messerschmitt Bf 109 E-4 is part of the Messerschmitt’s Emil series of Luftwaffe fighters. A sturdy and reliable plane, and one that left a big mark on all aerial battles the Germans ever took part in, the Bf-109 was manufactured in large numbers and represented the Luftwaffe’s spearhead, even after the introduction of the Focke Wulf, later in World War 2.

In the video, this particular Messerschmitt was shot down during the Battle of Britain and belly landed in a field. Just to know that this very plane had seen battle during that fight is chilling yet mesmerizing.