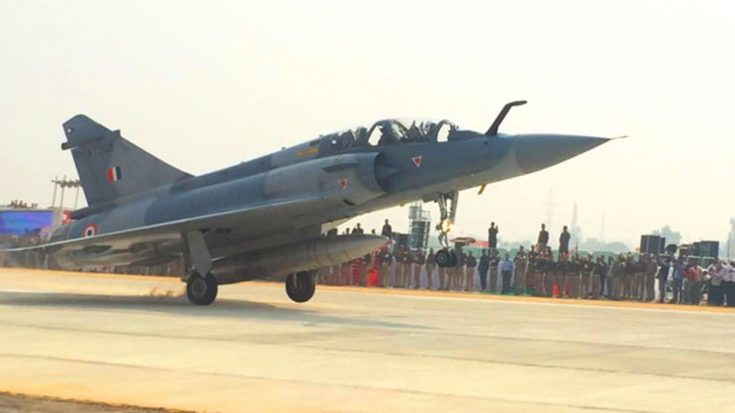 India celebrated the opening of their longest expressway in the region of Uttar Pradesh. To commemorate this occasion they invited the Indian Air Force to land their jets on the new road.

Huge crowds gathered to witness these speeding jets and take a crack at the new expressway. A group of Dassault Mirage 2000s, F-4 Phantoms, and Sukhoi fighters displayed their skills on the long stretch as a training drill.

“In times of crisis and in times of war if a local airfield has been destroyed or been hit, this is a place where fighter planes can land. So there is a dual purpose to this. So this is a valuable addition in terms of communications and also for military purposes.”

The Agra-Lucknow Expressway is now India’s longest stretch of road at nearly 200 miles in length. The fighters provided a stellar display, although a stray dog ran onto the highway forcing a Sukhoi fighter to abort its landing. Video of the Indian Air Force landings can be videos seen in this clip.