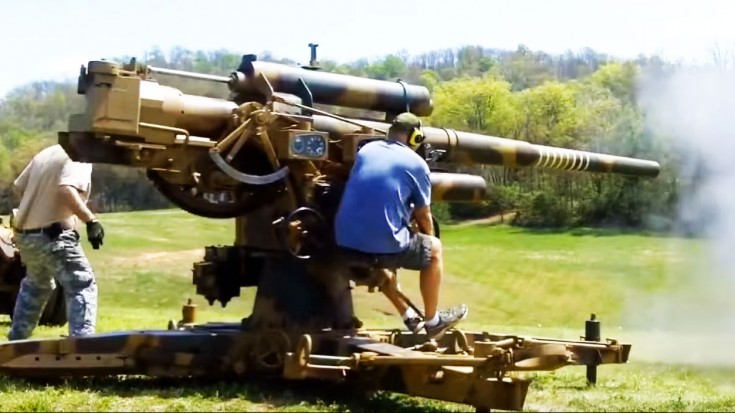 Sorry For The Pun, But We Couldn’t Help It.

Although during World War II Allied tanks and bomber squadrons did not like to be faced with the German built 88mm Flak guns, they are pretty impressive even now. In this video, you’ll see various different guns fired for the purposes of entertainment and they are just that. Very entertaining to watch!

The German word Flugzeugabwehrkanone means “aircraft-defense cannon,” and was simply shortened to Flak.

Today, only 21 museums around the world have a Flak gun in their possession, but a few of them have more than one. As a matter of fact, the Military Aviation Museum in Virginia Beach have 37 of them. What’s even better is that they’re in working order!

With over 21,000 of them built between 1922-1945, only a handful exist in comparison to the volume that did during the war. That’s why it’s so great to see them live firing their 88 mm shells. Check it out for yourself.