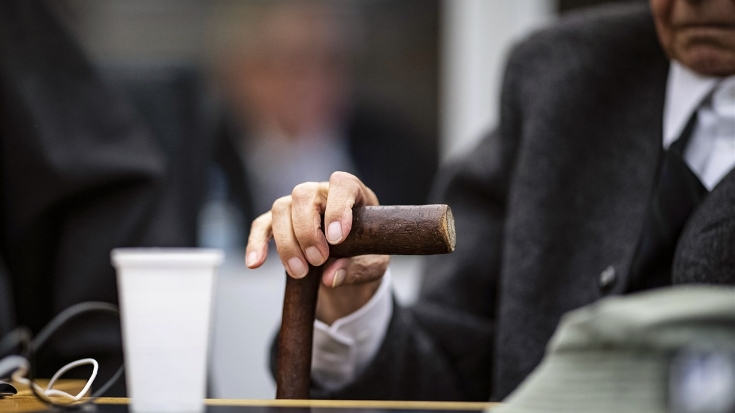 94-year-old Johann Rehbogen, a former SS member and concentration camp guard has gone to trial in Germany. He faces up to 15 years in prison if convicted for his crime of accessory to mass murder. However, the fact that has shocked the world, is that this former Nazi is being tried at a juvenile court.

When you think of prosecution against Nazi war criminals, it conjures up imagery the Nuremberg Trials. So one might imagine the surprise wheelchair-bound former SS member in a juvenile court. But there is a reason for this very unusual setting.

“He admits to having worked at the camp but denies knowing about any murders there.”

Johann Rehbogen served at the Stutthof from age 18 until he was 20. In Germany due to the fact that his crimes, were committed while under age 21 the law declares that he must be tried as a juvenile.

“The passage of time in no way diminishes the guilt of Holocaust perpetrators and old age should not afford protection to those who committed such heinous crimes.”

Many Holocaust survivors are participating in this trial as plaintiffs as allowed by German law. It is unlikely, that Rehbogen will face prison time, due to his advanced age, but the trial continues to move forward.