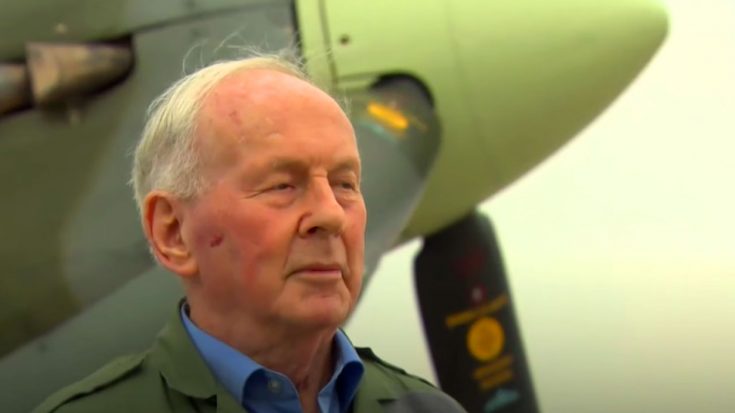 The Battle of Britain was one of the most savage conflicts of WWII pitting the Royal Air Force against the German Luftwaffe. For over three months RAF pilots in their Supermarine Spitfires went toe-to-toe against Messerschmitt Bf 109. Pilots on either side always had a deep respect for the fighters they flew, but what if the roles were reversed?

95-year-old Hugo Broch is one of the most decorated veterans of the German Luftwaffe with 81 victories to his name. The German flying ace even awarded the Knight’s Cross of the Iron Cross for his success combatting enemies in his Messerschmitt Bf 109. Not many people alive can boast claims like this veteran pilot, although he has always dreamed about flying in a Supermarine Spitfire.

“The Spitfire was greatly respected. With these mechanics, you have a feeling of being free and being able to do what you want.”

Pilots become so accustomed to flying aircraft one side of the war but often there is a lingering curiosity about the other side. So let’s see Hugo Brach put decades of curiosity to rest as he gets the chance to fly in a Supermarine Spitfire for the first time. The video is provided in the following link, he has some pretty choice words about the experience.