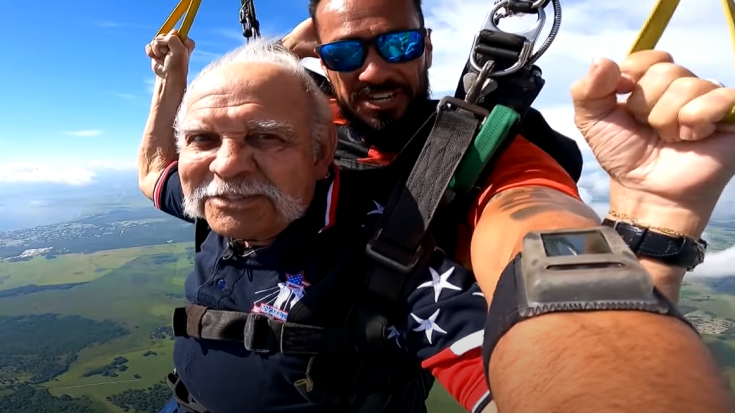 Hector Hita Sr., a WWII veteran, is still as brave as he was when he was young. Now 95 years old, Hita wanted nothing more than to feel the air up there for his birthday.

It’s not surprising that Hita wanted to go skydiving. During WWII, Hita served as a pilot in the US Army’s 11th Airborne Division. Almost half a century later, he’s back to get one more jump to get to 50 total.

In the middle of the climb, the instructor asked him if he wanted to push through with it. His reply was a resounding, “Yes!”

Spectators from the ground, including Hita’s family, showered him with praise after he stuck the landing. When asked if he’d do it again, the veteran happily said yes.