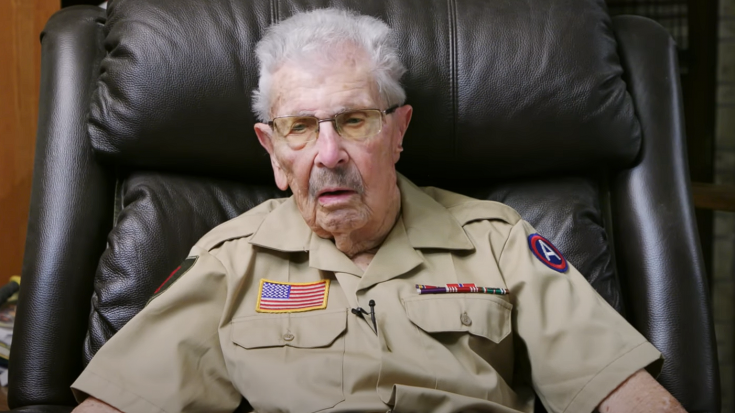 While inside a foxhole, mortar shrapnel hit Claude Harwood and his friend. It hit Harwood on the leg, but his friend wasn’t as lucky; the soldier’s head got separated from his body.

Harwood’s division opted to cross the forest one at a time to make it harder for the opposing sniper. Surprisingly, the sniper failed to hit any of his targets.

German planes strafed the tanks stationed near a building where Harwood was in. A bullet pierced the edge of his helmet and he was lucky enough to only get an ear wound from the encounter.

A house they were trying to break into had a German soldier on the 2nd floor with an SMG. They had to shoot at the window nonstop before a bazooka was used to kill the enemy.

After taking his backpack off, Harwood noticed a bullet hole that went through his mess kit. The hole, he recalled, was only a few inches off from his heart.