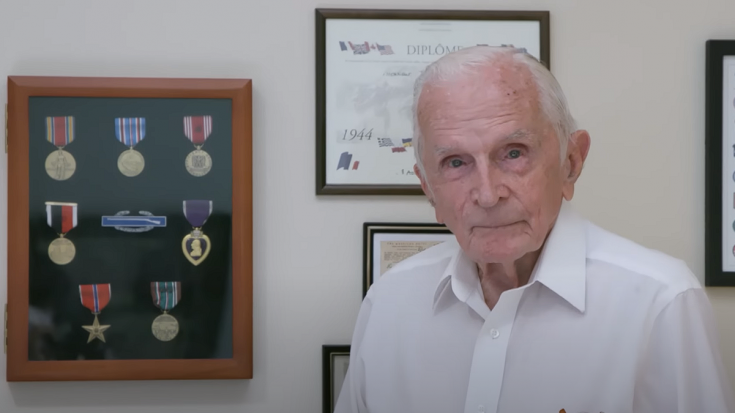 Moran saw his friend get shot in the face. He was heavily wounded but rescued alive. His friend, Hugh Gorman, spent 4 years in a hospital and needed 13 operations to fix his face.

In his first 4 days, his group never saw a single German yet they were bombarded with 88s. They would try to shoot back randomly in the direction of where it came from.

While visiting the place where a battle occurred a day earlier, Moran saw dead bodies everywhere. Arms, legs, heads, intestines, you name it and it’s there.

Zeroed In On Him

Flaks are no joke. Moran narrowly dodged a Flak after finding cover inside a hedgerow. If he didn’t get in in time, he would have been blown to bits.

It’s sometimes forgotten that these were very young men. Moran himself was 19 when he was deployed and so were his friends.