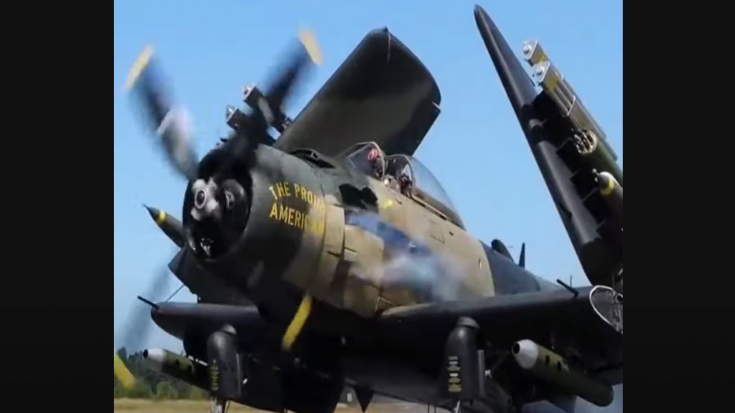 This scary-looking A-1H Skyraider started up its Wright R-3350 engine – and it’s one of the best sounds we’ve ever heard. The Proud American is fitted with the Wright Duplex-Cyclone, rated at 2,700 horsepower.

Its design represents Captain Ronald Smith’s A-1H which he used during a search and rescue mission in 1972, where he was awarded the Air Force Cross. Smith’s A-1H was the last USAF Skyraider lost in combat in South East Asia in September 1972.

To honor the pilot and the aircraft, the Air Force Museum Foundation and the A-1 Skyraider Association partnered up to fund the restoration of this Skyraider. Before its repair, this aircraft was part of Operation Farm Gate during the Vietnam War.

Nowadays, The Proud American is featured on full display at the National Museum of the United States Air Force.