A-10 Gets Wing Shot Off But Still Makes It Home 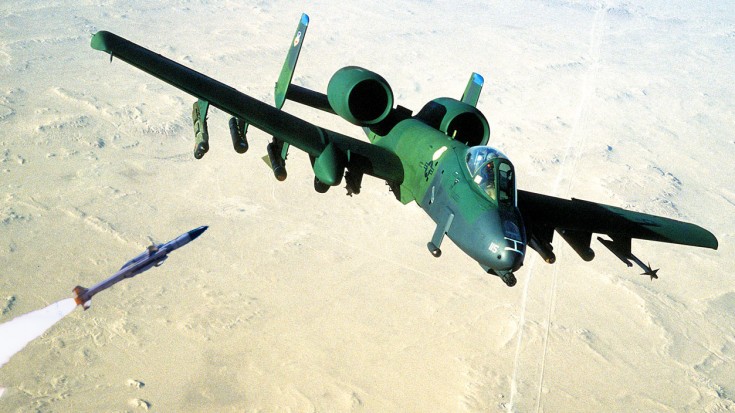 The Pilot’s Just As Tough As The Plane.

This almost unbelievable story comes to us from Operation Desert Storm. On February 6th, 1991, Captain Paul “JP” Johnson took off in his A-10 Thunderbolt II as he did dozens of times before. Regarded as one of the best A-10 pilots of all time, even he described his behavior that day as “driving his fangs into the floorboard, growing one eyebrow and saying “hoorah.”

After being in the air for too long already, visibility being extremely low and hostile fire all around him, he wanted to take out an enemy radar site. Being young and full of testosterone, he didn’t take no for an answer. Although his monitors were blinded from the dense clouds and his wingman couldn’t see him, he thought he could do it. Then, after taking a dive at the target, his whole plane shook.

His right wing got hit by a SAM (surface-to-air missile) and when he looked outside, he could see his wheel. That’s something you shouldn’t be able to see if your plane was in one piece. After that, his expertly maneuvered his plane back, but it was the great features of the Hog that made this a success story.

Watch the video to see how that was possible.