A-10 Gives Cameraman More Than He Bargained For 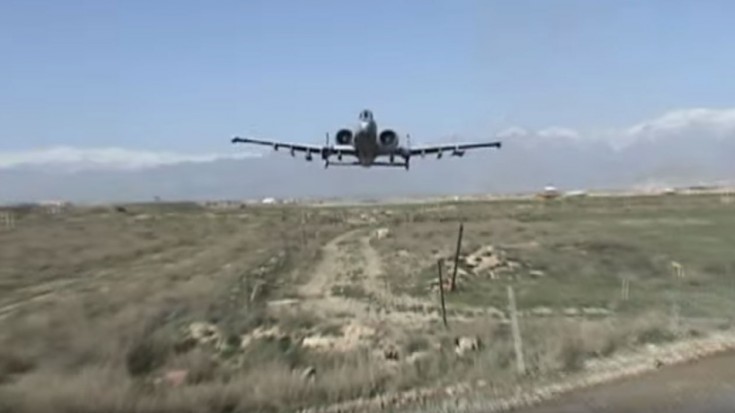 A-10 Warthog Kept It Low For The Cameraman, And Now You Get To Enjoy It

Although not technically a flyby as The Hog was taking off, it does seem like the pilot kept it low on purpose after taking off and retracting his gear. It might have been to give the person taping a little scare, but whatever happened, we’re glad to have found this awesome video. While watching it, ask yourself whether or not you would have ducked if you were in the cameraman’s shoes.

The A-10 Thunderbolt II, is often called Warthog or Hog because of its snub-nosed.

The A-10 Thunderbolt II were designed and manufactured by Fairchild Republic and is the essentially a direct descendant of our beloved World War II P-47 Thunderbolt. Keeping that in mind, the P-47 were used extensively for strafing and close ground support as their 8 wing mounted 50 cal M2 Browning machine guns were able to annihilate everything in front of them. In the same spirit, the A-10 is equipped with the legendary GAU-8/A Avenger Gatling cannon, which can shoot an average of 4,200 rounds per minute. Like its predecessor, it is a rugged warbird that strikes fear into the enemy.