A-10 Lands On Highway In Germany, Thanks To World War II Ideas 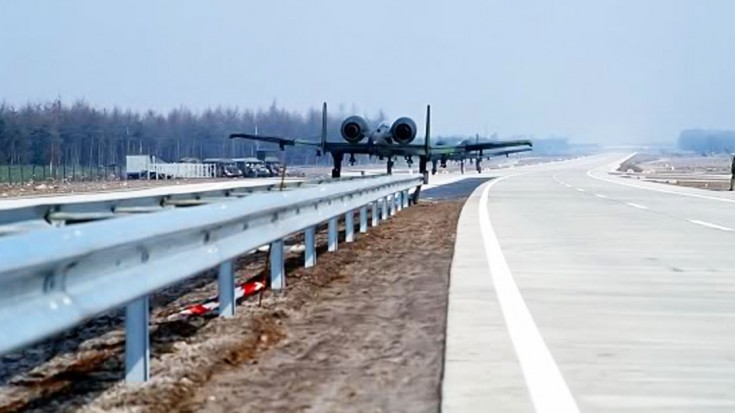 Courtesy of the Fighter Bomber Wing 43, we got our hands on this awesome footage of an A-10 landing on the Autobahn in Germany. If you don’t know what that is, it’s the world famous highway system that Germany built.

As we all love the A-10s and you do too, we wanted to share this little video. Most of you know the specs of this plane, but unless you’ve seen one in person, this video does provide a neat perspective. Right before touchdown from the rear, you really see how big this plane is. It spans almost all of the four lanes it’s landing on!

As for another neat fact you might not have known, the highway/airstrip this A-10 is landing has a lot to do with World War II. Since then, most countries around the world have adopted this technique as a preventative measure.

World War II in Europe relied heavily on air superiority. Whoever controlled the skies was safer than not. This made airbases some of the most valuable targets during the war so Nazi Germany built sections of highways to be straight and flat. That way, if some landing strips were destroyed, they’d be a place nearby to land.

These strips are typically 1.2 to 2.2 miles long and are built with thicker than normal concrete to accommodate the weight of aircraft. Now that’s thinking ahead!